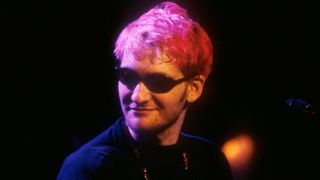 A batch of eight unfinished songs featuring vocals by late Alice In Chains frontman Layne Staley could see the light of day.

Holt – who mostly works in the games industry – later tweeted an audio clip of a song he worked on with Staley called Daily Bread, but the vocalist never got round to recording vocals for it before he died.

Staley died in 2002 after a long battle with drug addiction.