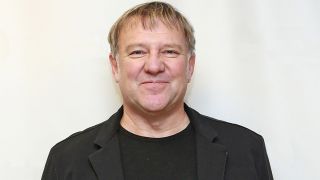 Rush guitarist Alex Lifeson says the band learned to enjoy home life during their year off – and that’s one of the reasons their upcoming tour is likely to be the last of its kind.

The prog veterans have announced a run of shows notably shorter than their road trips of recent years, and all three members have hinted at difficulties in deciding whether to do it at all.

Now Lifeson tells Q107 Toronto: “We’d been working like crazy for five years. After the last tour we were exhausted and we decided to take a year off. I think over this past period we’ve got to really like being home and enjoying our family time.

“My wife and I did a lot of travelling – stuff we wanted to do for decades and hadn’t been able to. We took advantage of that time off. Coming back to another big tour was a really tough decision. You can see that in the number of dates - it’s a short tour.”

But he continues: “We’re getting excited. I’ll admit it’s been slow for me, and probably for Neil too. Geddy’s ready to go on tour – he’s excited about working.”

Asked what fans can expect from the show, Lifeson says: “We’ve gone through a couple of setlist scenarios. We have an idea of how we want to approach the whole show. We’re working on production ideas. It’s going to be really cool – we’re going to have a lot of fun with it and I think our fans are going to really love the little musical trip we’re planning.”

The guitarist has recalled how he and his colleagues learned valuable lessons from their early road mates. “One of the first tours we did was with Rory Gallagher and Nazareth,” he says. “Both of those bands were great – they were wonderful people and they became friends.

“There were other bands we worked with that were not so friendly and made life difficult, purposely. We never forgot that – when we came to the position that we were headlining and we had opening acts, we made a point of making sure as best we could that they got sound checks, they had everything in their dressing room, all of those things.”

And although Rush haven’t had a support act in over 15 years, Lifeson says: “We feel good about the way we’ve treated bands.”