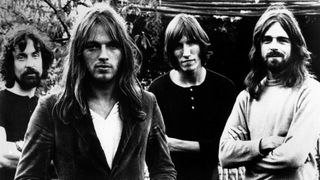 Former Pink Floyd man Roger Waters has recalled the “toxic” environment within the band – saying David Gilmour and Rick Wright tried to drag him down.

Waters left Floyd in 1985, having played a leading role in the band for years following the departure of Syd Barrett.

Now he has accused Gilmour and Wright of making him feel inept in the band.

Waters tells Marc Maron’s WTF podcast: “The musical thing, I always felt insignificant and somewhat inept. More recently, over the years, I’ve come to realise that actually I have quite a sophisticated musical brain and that I get a lot of things that other people don’t notice.”

Asked what helped him reach that realisation, Waters says: “Getting away from Pink Floyd I think, I’m serious, I really think it was important that I got away when I did.

“It was a very toxic environment, when I was around some people – David and Rick mainly – who were always trying to drag me down and trying to knock me off whatever that perch was…by claiming that I was tone deaf and that I didn’t understand music. ‘Oh, he’s just the boring teacher figure who tells us what to do, but he can’t tune his own guitar.’

“They were very snotty and snipey because they felt very insignificant I think. I’m not putting them down. Those years that we were together, whatever it was like socially, there is no question that we did some really good work together.”

Asked whether the band’s concept albums were based around his vision, Waters jokingly says: “I wouldn’t say that…but yeah it was!”

On what he sees as his contribution to the wider rock movement, Waters adds: “My major contribution to rock’n’roll, if you like – I’ve written some decent songs – was really to develop the theatre of arena rock, which I did almost single-handedly back in the middle 70s.”

Waters has enjoyed a successful solo career since leaving Pink Floyd and he reunited with the band briefly for 2005’s Live 8 concert in London’s Hyde Park. He is currently working on a new solo album.

Pink Floyd are the cover stars of the latest issue of Classic Rock magazine, which is out now in print and via TeamRock+.