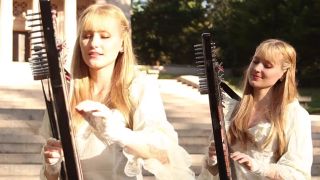 Queensryche classic Silent Lucidity is the latest track to be covered by Harp twins Camille and Kennerly Kitt.

The song originally appeared on the US outfit’s 1990 album, Empire – and the band have given the classical version the thumbs up, saying the sisters performed the song “beautifully” on their Facebook Page.

The twins say: “Huge thank you to Queensryche for sharing our new electric harp duet cover of their incredible Silent Lucidity. We’re honoured.”

The sisters previously released classical takes of Metallica’s One and Nightwish track Nemo.

The track is available to purchase via iTunes and Amazon.