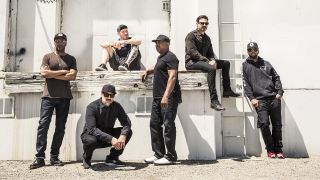 Prophets Of Rage have released a hard-hitting video to accompany their new single Pop Goes The Weapon.

The song tackles the spate of mass shootings which have taken place across the US this year, with the promo featuring a list of all incidents from 2019 including the date, location and number of those killed and injured.

The video also includes the names of all those who have lost their lives in shootings in the States this year.

Tom Morello adds: “Guns are both the subject of religious worship and huge profits in the United States. Combined with emboldened white nationalism, the recent epidemic of massacres is little surprise.

“Pop Goes The Weapon channels our ‘thoughts and prayers' through Marshall stacks and microphones.”

Pop Goes The Weapon is the first track from Prophets Of Rage since the single Made With Hate, which was released in June.

The band recently wrapped up a European tour and will play two shows at The Mayan in Los Angeles on September 11 and 12.