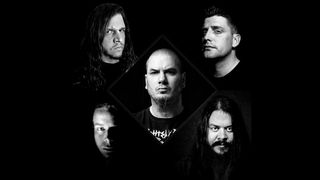 And he’s launched a stream of opening track Dispatched.

The ex-Pantera and Down frontman worked with John Jarvis of Pig Destroyer, Derek Engemann of Cattle Decapitation, Chase Fraser of Continuum and Jesse Schobel of Strong Intention on the record.

Anselmo says: “Doing the Scour project was a blast. The songs were short and extremely straightforward, so I didn’t want to clutter them. I had to pick particular lyrics that seemed provocatively absurd enough, and to perform them as raw as deemed fit.

“I hope all true extreme music lovers enjoy the stuff as much as I did performing it. A huge cheers to all the awesome collaborators!”