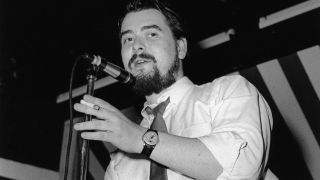 His long-term partner Janice Daley told the New York Times that he’d passed away due to complications of colon cancer.

A prominent figure in London’s music scene in the early 60s, Gomelsky managed the Yardbirds and pioneered many other artists in his career including Soft Machine, Gong and Magma.

He’s credited with organising the UK’s first blues festival in Birmingham – with a list of acts that included the Yardbirds, the Spencer Davis Group and Long John Baldry’s Hoochie Coochie Men with Rod Stewart.

He relocated to New York in 1978 and turned his townhouse into a recording space for bands such as Bad Brains, Richard Hell and John Zorn.

In a 2000 interview with author Richie Unterberger, Gomelsky said: “My mission was to innovate, to push envelopes, to get a new thing established, to allow the underdog, the underground, to come forward and up.

“I had no presumption, assumption or desire to have a career in the music business. I just wanted to prove a point. I was passionately interested in change, and change was needed.”

He is survived by Daley, his daughters, Alexandra and Donatella, and son, Sergio.