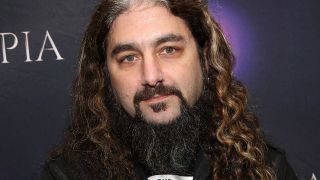 Mike Portnoy has spoken about his friendship with Neil Peart in a new interview recorded since the death of the Rush drummer.

Peart died on Tuesday last week, with the news becoming public on Friday after Rush issued a statement on social media to say that the 67-year-old had passed away following a three and a half year battle with brain cancer.

Yesterday, broadcaster Eddie Trunk held a special edition of his Trunk Nation show on SiriusXM dedicated to Peart. Portnoy was one of the guests and he spoke about his relationship with Peart down the years, calling his death “shocking” even though he was aware of the drummer's cancer battle.

Portnoy said (via Blabbermouth): “Yeah, I've known for about two years now and was held to secrecy. It was something that he and everybody in his camp went to great lengths to keep private and keep secret. And that was Neil – he was a very private guy.

“Even though I've known for this amount of time and I’ve had time to psychologically prepare knowing that it was inevitably coming, it didn't make it any less shocking. It just took the wind out of me when I heard it on Friday.

"For the whole rest of the world that didn't know about this, this must have come completely out of nowhere. I can't imagine how shocking it must be.”

Portnoy was asked when he last had contact with Peart, to which he replied: “I saved all of the emails he sent me and last night I read through a whole bunch of them and I broke down crying. It really hit me hard last night.

“You've read his books, you’ve read his tour programmes, you've read his blogs – that's the way he wrote his emails. Whenever I would get an email from him, it was very lengthy and went into a lot of details of whatever he was going through.

“The last email I got from him was a little over a year ago. He sent me a holiday email with a photo of him in a Santa Claus hat, and some photos with his daughter, Olivia. He would always send me photos of them dressed up for the holidays or reading books together and things like that.”

Trunk posted a snippet of the interview on Twitter, where Raskulinecz reflects of working with Peart for the very first time. Listen to the audio clip below.

producer Nick Raskulinecz remembers the first time he worked with #NeilPeart of @rushtheband ... hear the full interview, as well as all of today's #TrunkNation, as @EddieTrunk remembers Neil, alongside @taylorhawkins, @MikePortnoy and more, ANYTIME through @SIRIUSXM on-demand pic.twitter.com/JIt1cfnX4HJanuary 13, 2020