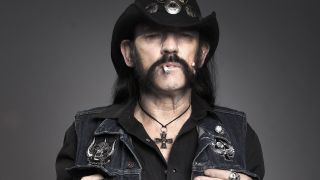 A previously unheard interview with Motorhead legend Lemmy from 2015 has been released where he talks about his connection with AC/DC.

The 25-minute interview has been uploaded by the AC/DC: Beyond The Thunder podcast, and sees Lemmy recall seeing AC/DC with Bon Scott for the first time in London, being a roadie for Jimi Hendrix, his influences and more.

“There’s not much heavy metal that’s my kind of music.”

As for the first time he saw AC/DC live, Lemmy recalled: “I went to see them at a pub – I saw Sex Pistols there as well – The Nashville in West Kensington. It’s called the Famous 3 Kings now – that was a great place and everybody played there.

“They were over from Australia for a tour and Bon Scott did the running round the boozer with Angus Young on his shoulders. It was obvious they were going to be huge.”

Asked if he considered Motorhead similar to AC/DC, Lemmy said: “We’re basically from the same time. We’re birds of a feather. We played a little faster than them!”

Listen to the full podcast now on Apple or Spotify and visit the Beyond The Thunder website for more.

Last month it was revealed that filmmaker Greg Olliver, who directed 2010's Lemmy documentary, was working on a biopic about the late Motorhead bassist and vocalist, who died in 2015.

The film is to be produced in conjunction with Motorhead’s manager Todd Singerman and writer Steffan Chirazi, who will both act as executive producers.

In April, a new video for Motorhead’s (We Are) The Roadcrew was released to help support the Crew Nation global relief fund. This was followed in May by the band's social media accounts calling on fans to pay tribute to their favourite roadies, then share the tributes online.