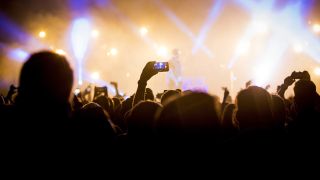 A new campaign has been launched to mark International Women’s Day which will help young women become music promoters.

The project titled Fightback: Grassroots Promoter has been set up by Music Venue Trust and MusicPlanet Live and aims to give females the skills they need to succeed in becoming independent music promoters.

A statement explains: “Under 25s who want to promote a show are often put off by the risk or the lack of information about who to speak to, how to get the best deal, or what connections they need.

“At the same time, grassroots music venues are crying out for new young promoters with fresh ideas. Add into that mix, a lack of diversity in the music industry and it adds up to a series of barriers to young women taking up promoting and adding their unique voice and ideas to the grassroots scene.”

The initiative will enable 100 female promoters to put on a show at their local Music Venues Alliance member Grassroots Music Venue and will help young women to take their first steps in music promotion.

Music Venue Trust’s Beverley Whitrick says: “We want to make a big change to the independent promoter scene in the UK, enabling 100 young women to take a chance on promoting a show they believe in.

“With their support, we are not only going to raise money for Music Venue Trust, we are going to start the process of identifying the next wave of fantastic new independent promoters and tackle head-on diversity in this sector.

“There’s not enough female promoters working in grassroots music venues, and we’re going to change that.”

Those taking part in the campaign will receive information on how to book, manage and promote a show and be supported by music industry mentors who will lead them through the process.

The events and workshops where women can kickstart their metal career