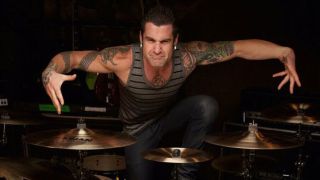 Devildriver have snapped up Austin D’Amond as their new drummer to replace John Boecklin.

He says: “Ladies and gents, introducing the new drummer for Devildriver. Thanks everyone for all the support throughout my career. Without you all I would’ve never made it this far. I promise to give you all one hell of a performance. Keep shredding peeps. Dreams do come true.”

At the time of Boecklin and Kendrick’s departure, Fafara said Devildriver was on hiatus while he recorded a new Coal Chamber record. Devildriver are expected to make and release new music in 2016.

Their most recent album was 2013’s Winter Kills.