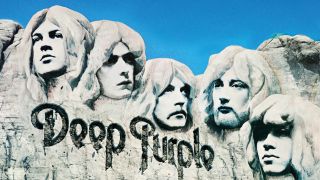 In Classic Rock 208, we celebrate the artists who deserve the sort of accolades that mainstream institutions have either forgotten or refused to bestow on them…

Motörhead They’re the band the doubters have spent the past 40 years writing off. But, four decades on, it’s Lemmy who’s having the last laugh.

Roxy Music They came, they saw, they confused the hell out of America.

Free Lynyrd Skynyrd’s Johnny Van Zant on the blues rockers who burned out rather than faded away.

Kate Bush Within Temptation’s Sharon den Adel sings the praises of the earth mother of art-rock.

Chicago The brass-handed American visionaries who pulled the 1960s into the 1970s, and the tragic story of Terry Kath.

Kyuss Long before there was ‘stoner rock’, there was Kyuss. Singer John Garcia looks back on the band’s brief, brilliant existence.

The Cure The British gloomsters who sold post-punk to America. Down singer Phil Anselmo was a huge fan.

New York Dolls Punks, glam metallers – everyone who heard them went on to form a band.

Thunder Having weathered the worst storm of their career, after guitarist Ben Matthews was diagnosed with cancer, Thunder are ready to rock again with a new lease of life – literally.

Danko Jones From underground hardcore punk to “raucous, modern rock’n’roll”, its been an eventful journey for the Canadian trio.

Shrapnel Records They introduced the world to Yngwie Malmsteen, Paul Gilbert, Jason Becker, Ritchie Kotzen and a lot more shredders too. This is the story of the fastest record label on the planet.

Chris Spedding He discovered the Sex Pistols and turned down the Stones. While he’s the most well-connected man in British rock, he’s never had the dues his incredible career has deserved.

What’s on your free CDs

Yes, this month’s Classic Rock arrives with not one but two free CDs. The first is a ‘Best Of’ from fiery Canadian trio Danko Jones, a band much loved by the likes of Lemmy. Compiled by Danko himself, the CD features 15 rip-snorting tracks, including rock radio anthem Lovercall, the WWE theme Gonna Be A Fight Tonight, and new single Do You Wanna Rock.

The second free CD is Highway Stars ’15. 15 full-throttle, pedal-to-the-metal, rock’n’roll belters from the best new bands around, guaranteed to get your motor runnin’, including Suicide Bombers, Shadow Of Myself, The Torch, Three Quarter Stone, Dirty Rockers, Kryptonite and more…

**Q&A: Steven Wilson **Prog’s man of the moment on isolation, dashed aspirations and the desire to create an enduring musical legacy.

**Win! Top-of-the-range Orange Amps stack **Orange OR50 guitar amplifier and PPC212 speaker cabinet, worth more than £1,600, up for grabs.

**Buyer’s Guide: Night Ranger **Still going strong after more than 30 years, the AOR cult crew have sold millions on the back of some all-time classic songs.

**Heavy Load: Steve Hackett **You can step on his blue suede shoes, you can do anything you wanna do, but don’t take away his cuppa.

If your newsagent isn’t selling issue 208 of Classic Rock, you can order it online from MyFavouriteMagazines.