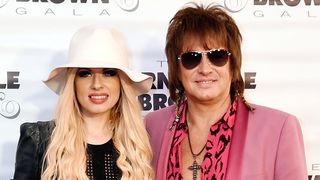 The guitarists have been a couple since meeting backstage in 2013, and began working on the duets record last year, along with producer Bob Rock.

The album doesn’t yet have a title or release date, but it’s described as a “vocal and guitar-driven” work.

“There are songs where I’m singing and he’s backing me up, and vice-versa, and songs where we’re singing together,” Orianthi says.

“It really takes you on a journey – there’s a great blend to our voices.”

Sambora split with Bon Jovi in 2013, leading to a public war of words that eventually settled down. Jon Bon Jovi and co this week confirmed they’d completed their 14th album, with Phil X in Sambora’s place.