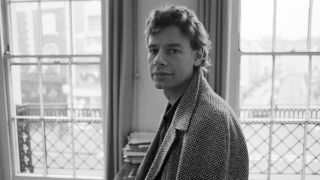 Bruford is the star of episode one of Prog Rock With Charles Hazlewood, which is broadcast on Radio 2 on Monday, May 11 at 10pm.

The four-part series sees orchestra conductor Hazlewood explore the progressive rock music of the 1970s. In the opening episode, he’ll focus on drums and percussion – kicking off by tracing prog’s origins in the popular music of the 1950s and 1960s.

Guest Bruford discusses some of the technical details of his craft and draws parallels between rock and classical music.

The BBC says: “Expect to hear tracks by the likes of Pink Floyd, Emerson, Lake And Palmer, Jethro Tull, The Toys, B Bumble And The Stingers and Perry Como.”

Bruford retired from gigging in 2009.