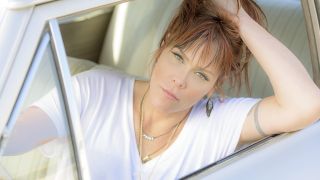 Last week, organisers of the UK’s Ramblin’ Man Fair confirmed that Foreigner would headline the main stage at next year's event.

Now, hot on the heels of that announcement is the news that Beth Hart will headline the blues stage at the UK’s festival of rock, prog, country and blues, which will take place at Mote Park in Maidstone, Kent, between July 19-21, 2019.

The American singer, songwriter says: “We’re going to be playing the Ramblin’ Man Fair next year, so that’s going to be really cool. I’m really excited about that, so ramble on!”

Hart is gearing up to release her new album Live At The Royal Albert Hall on November 30. She previously shared a video for Good As It Gets from the performance, and has now released Leave The Light On, which can be seen below.

For more on Ramblin' Man Fair 2019, visit the official website.

Beth Hart - Live At The Royal Albert Hall
Beth Hart's sold out show at London's Royal Albert Hall from May this year is documented in this new release featuring 23 tracks from the vocalist's career.View Deal