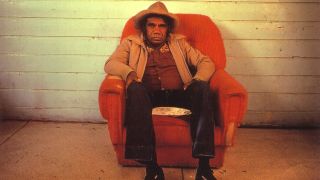 The late 80s was an odd time to start a band like Buffalo Tom. If it wasn’t Springsteen hitting his commercial apex on FM radio, then it was bands such as Poison and Ratt who were filling the airwaves, even in Buffalo Tom’s sleepy Boston suburbs. For their part, singer/guitarist Bill Janowitz, bassist Tom Maginnis and drummer Chris Colbourn were at home listening to Hüsker Dü and The Replacements, guitar bands from the alternative rock scene who still had a live sound. The very not-live sound that proliferated was, according to Janowitz, the bane of music in the mid-to-late 80s. “Oh, man,” he groans. “I still listen to classic albums from the eighties and I love the material, but can’t stand the production. Even something like Springsteen’s Tunnel Of Love, it’s an achievement of great songwriting, but the production really holds it back.” He pauses, then says with a laugh: “Is that heresy?”

We’re talking as Buffalo Tom are a going concern again following a series of sporadic sabbaticals (they insist they never once broke up), and their new album Quiet And Peace is out this month. And while Janowitz is very much a man who lives in the moment, he’s happy to reflect on the band’s early years that peaked with 1992’s irresistible Let Me Come Over. It jangled, rocked and broke hearts. It also brought some sorely missed alt.rock pop notes into the mainstream, post-grunge.

“There was a voracious appetite for that kind of thing in England and Europe,” says Janowitz. “Take a band like Pixies. I was going to the see them play to fifty people in Massachusetts, their own state, before they went to the UK and became very big there. Same thing for our friends Throwing Muses and Dinosaur Jr, too.”

Dinosaur Jr had already played a pivotal part in the Buffalo Tom story, the former’s J Mascis having helped produce BT’s first two albums. But for Let Me Come Over, the band parted ways with Mascis and moved into the picturesque Dreamland Studios, a converted church set among the woods just outside Woodstock.

“It was very beautiful, and so inspiring,” says Janowitz, “We did three days there and we loved it, but we didn’t have the schedule or budget so we did the rest back at Fort Apache studios in Boston.”

Their first two albums had promised much, but Let Me Come Over was the sound of a band taking flight. “We were very much swept up in the whole thing,” says Janowitz. “I can’t believe we got to make three records. I had never really sung before being in Buffalo Tom, so we were all just learning. Having this chance to go out and see Dreamland and Woodstock was a lot of fun.”

Let Me Come Over was also the first time the band really flexed their songwriting muscles. Previous albums had been built on the premise that if you had ten songs going into the studio then you had ten songs on the record. Now the process was more about selection and finessing the arrangements, experimenting with keys and harmonics.

“I specifically remember bringing in Mineral and running through that with the band in rehearsal and feeling: ‘Wow, we’ve got something different.’ This was us letting our influences of a band like Hüsker Dü meld with an artist like Van Morrison. And Larry felt like that too. It didn’t feel like anything else but a Buffalo Tom song. We hadn’t experienced that before.

And while Buffalo Tom were blossoming as songwriters, their producers at Fort Apache, Paul Q Kolderie and Sean Slade, were waiting for technology to catch up to the production vision they shared, utilising automated mixing – something of a rarity.

“We got the rough mixes, and [label] Beggars Banquet liked the material but they wanted it to go to a remix guy. I talked to Ron Saint Germain [Michael Jackson, U2, Living Colour], who was a hotshot mixing guy, on the phone. He was a character. He was like: ‘I’ll save your little record! I’ll come up on my private jet and get it done.’ We got his mixes back and we were blown away – mostly in a good way, but some bad. We had him tone down some of the stadium rock, but he was a good sport and did a great job with it.”

A critical and commercial success, Let Me Come Over landed in a post-Nevermind landscape. “That record really did change our world,” says Janowitz. “It coincided with [the influence of] people we’d grown up with – college radio, DJ guys we knew who went on to MTV or to promote gigs. The lunatics did take over the asylum, so that bands like us were considered capable of mainstream hits.”

But what of the song that would come to typify Buffalo Tom; the anthem for disaffected teens that no Buffalo Tom show would be complete without – the elegiac Taillights Fade?

“Later on I felt that it was one of my first really crafted songs,” says Janowitz, “but I never thought of it as a stand-out single. It was pretty dark and depressing. It’s basically about being resigned, giving up, feeling older than your years, feeling apart and alienated. And being on tour was in, and of, itself a manic experience, and that cultivated that uncertainty.

“I mean, I like the song a lot, it means a lot to me,” he continues. “I’m glad to have any song, even if it was just that one, that meant something to somebody, and the fact that it meant a great deal to a lot of people. It’s obviously a well-crafted song and I’m proud to do it and I enjoy playing it.

“You asked if it’s like our Free Bird – something we always have to do,” Janowitz says with a laugh. “But you have to remember Free Bird is thirteen minutes long, and Taillights is just three and a half.”

The 10 records from the 90s that changed Ginger Wildheart's life

The best 90s songs, as chosen by your favourite bands