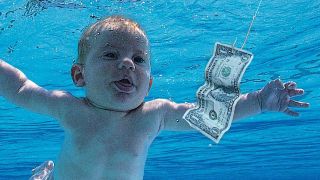 Nirvana’s second album, 1991’s Nevermind, changed the course of popular culture, its 13 songs sending a seismic shift in music that is still being felt today. As such, many eclectic acts have tried to recreate that iconic sound of grunge charging into the mainstream. Here are the best ones.

Probably the most famous song of the last thirty years, Smells Like Teemn Spirit has been covered by everyone from pop puppets Little Mix to actual puppets The Muppets. But grunge originators The Melvins take the honours, if only because they opted to piss off Nirvana fans everywhere by roping in 70's teen idol Leif Garrett to croon his way through an otherwise pretty straight cover that opened their 2000's album The Crybaby . They might have been trolling us, but this is great regardless.

On their third album Explains It All the US pop-hardcore crew paid tribute to their 90’s influences by covering the eclectic likes of Smashing Pumpkins, Pantera, No Doubt and... er... Del Amitri. Okay. Whatever, the undoubted highlight of the album is this careering run through Nevermind’s second track, giving it a pop punk sheen, but crucially not losing an of the intensity by playing it at nearly double the speed.

Kylesa – Come As You Are

In 2015 a bunch of artists got together for Record Store Day and paid tribute to Nevermind by covering it in full. With Torche, La Dispute and a few others you're about to read about getting involved it's probably the definitive Nirvana covers album. This half-paced, doom laded take on Come As You Are by criminally underrated Georgian sludge metallers Kylesa is as good as a very good album gets.

The Boston chameleons took on one of Nevermind’s heaviest numbers, and, like most things they do, it was brilliant. There is an unironic, rock and roll joy in their version that is missing in the original, characterised by the whoops and ‘Yeahs’ that you can hear over the songs iconic drum intro. (They even add a touch of space-prog at the end, just to stay on brand).

An eclectic amount of artists have had a go at one of Nevermind's biggest hits, from psychedelic-pop collective The Polyphonic Spree to post-hardcore bandwagon-hoppers Hawthorne Heights. But the strangest band to have tackled the song are undoubtedly Japan's lords of experimental noise Boris. Their cover is, as you'd expect, bizarre, soaked in feedback, utterly disorientating and excellent for it.

Without doubt the most disturbing song on the entire Nevermind record, it would take a special artist to make try and tackle such subject matter and pull it off successfully. Enter Amanda Palmer: the former Dresden Dolls vocalist makes Polly more ethereal and wistful, but never any less threatening or disturbing, getting the pitch just right for a truly effecting cover.

The song for heavy bands to cover from Nevermind: The Dillinger Escape Plan have had a go, so have Architects and so did Ill Nino. But the gold standard actually come from Canadian punks Comeback Kid, who, on their Rain City Sessions +1, gave Territorial Pissings a two-step hardcore bounce without sacrificing any of the pace and anger of the original.

It’s sadly not clear how Kurt Cobain would feel about having one of his songs turned into a Queen at their most bombastic, doo-wop, piano rock opera, but we’re sure he’d at least appreciate the lack of conformist reverence Foxy Shazam show here. The US rockers aren’t changing for anyone, and they’re as absurdly OTT and kitsch here as they are on their own records.

LA harcore band Touche Amore have always worn their heart on their sleeve in the same way as Nirvana did, with the appeal of both bands lying in the heartfelt messages of their vocalists. Lounge Act feels like the perfect vehicle for Jeremy Bolm to tear his larynx and emote simultaneously, which he does with superb results.

The original punk movement usually gives Nirvana, grunge and alternative rock in general a pretty short shrift, so it’s good to see that some of the old guard appreciate the impact that that scene had on the music world. U.K. Subs have been around since 1976, so know a bit about punk, and their cover of Stay Away gives the song a boisterous punk rock energy.Agen

Agent Orange – On A Plain

Again, another of the earliest of the punk rock originators taking on a Nirvana classic. In this case Agent Orange, the LA skate/surf punk pioneers, go full Epitaph records on for their version of On A Plain. It’s not quite up to the original, but at least they get it done in superfast time.

Thou – Something In The Way

Although the likes of Sterophonics, Avatar and Bikini Thrill have had a go at Nevermind’s official closing track, it’s US workaholic sludge experimentalists Thou that really get closest to capturing the essence of the song. Turing it from a quiet, mournful acoustic lament into a crushing, swirling black hole of doom, which we believe Kurt would have been in favour of.

During their 2010 tour stadium proggers Muse would often end their set by jamming out the caustic riff of Nevermind’s ‘secret’ track alongside a brief bit of School from Nirvana’s debut album Bleach. It might be blink and you’ll miss it quick, but it’s great reminder, 20 years down the line, of the impact that some little three piece from Seattle had on the world.