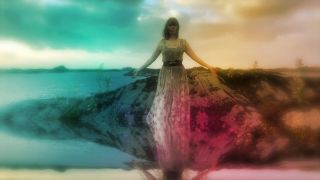 Wardruna’s vocalist extraordinaire, Lindy-Fay Hella, has just announced her first UK show, in the intimate environs of The Black Heart on September 26.

Teaming up with promotion agency and dedicated underground champions, Old Empire, and in association with Doomstar Bookings, Music Norway and the Royal Norwegian Embassy, and with a full band backing, Lindy-Fay will be performing tracks from her debut solo album, which is due out later this year on Ván Records.

Recorded with producer, and former Enslaved keyboardist/backing vocalist Herbrand Larsen, and featuring guest vocals from former Wardruna bandmate and legend in his own right, Kristian ‘Gaahl’ Espedal, Lindy-Fay’s debut looks set to reveal a new, yet more exploratory side to an artist whose otherworldly, evocative vocals blend tradition and experimentation to uniquely captivating effect.

Tickets for this very special show are £17.50 and very limited, so watch the trailer below, snap out of your trance and act fast by ordering your tickets here!

And order your tickets here!