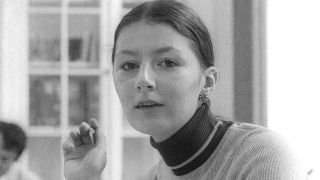 Until her retirement in 2011, Gail Colson enjoyed the best part of 50 years in the music industry. From working in PR to running Charisma with Tony Stratton-Smith to heading up her own management company, she remained a much-loved, plain-speaking figure in an industry frequently populated by chancers. From working with Shel Talmy in the mid 60s, she met Stratton-Smith, and acted very much as his consigliore, keeping Charisma on an even keel while Stratton-Smith, never the biggest fan of business – was out and about. By the end of the 70s, she was heading up her own management company.

Born in 1946, Colson’s mother and father ran a pub in Hampstead. After leaving secretarial school, Colson’s first job in the industry was as a secretary to PR man Jonathan Rowlands who represented artists such as Tom Jones, Engelbert Humperdinck, Rod Stewart in his mod days with Steampacket, Fontella Bass and – bizarrely – John Lennon’s father, Freddie.

It was while working as producer and songwriter Shel Talmy’s assistant in 1966 that she had her first fledgling experience of management: “I was 20 and I jointly managed a band called The Rockin’ Vickers,” Colson recalls. “One of the members, of course, was Lemmy. I managed them with Jennifer Ashley who was married to Shel at the time.” This was the period when the Rockin’ Vickers hooked up with The Who’s Pete Townshend (who wrote It’s Alright for them) and head Kink Ray Davies (whose track Dandy was their final single release).

The group split in 1967, and Colson began working as Tony Stratton-Smith’s PA. Stratton-Smith was looking after The Nice and the Bonzo Dog Doo-Dah Band at the time. Charisma grew out of Stratton Smith’s disenchantment with major labels; it was such that he set about starting his own. Colson was to become his label manager. It was a perfect partnership. “She was the money person and made sure that what needed to be done was done,” Chris Charlesworth told me in Without Frontiers – The Life And Music Of Peter Gabriel. “Strat would waft in and out. If it wasn’t for Gail, god knows what would have happened to the bloody company! She was fiercely determined and put her foot down. She was incredibly charming as well.” Colson’s mixture of charm, creativity and determination ultimately led
to her being the MD of the label, helping oversee acts from Genesis to Hawkwind, Van der Graaf Generator to Monty Python. Colson adds; “I didn’t have a lot to do with the day to day management at that time, but most of the jobs at Charisma crossed over, so I did have experience at the coal face.”

However, as the 70s progressed, her creativity was being stifled. Like many, she sensed things were moving on. “Around 1976, when punk arrived… I could see that things were going to change and that we could not just rely on one band, Genesis,” Colson told me in Without Frontiers…. “Among some of the artists I wanted to sign were the Boomtown Rats, Elvis Costello and Devo – Tony didn’t ‘get’ any of these.” While Colson was away in the states, Stratton-Smith signed a couple of acts without any consultation with Colson. She handed in her notice.

“When I left Charisma Records in June 1978 I still didn’t know what I was really going to do, I just knew that I had to leave due to a difference of opinion regarding A&R policy,” Colson says. “I was approached by both Peter Hammill and Peter Gabriel independently to manage them, within a month or so of resigning. So I almost fell into management as it were: it wasn’t planned.”

The guiding of her two Peters through the most fertile periods of their solo careers is what Colson remains best known for among prog fans. She set up Gailforce Management, sharing offices with Genesis manager Tony Smith’s Hit
& Run Management. Smith offered Colson partnership in Hit & Run. She declined as “I felt that it would not work being involved with both Genesis and Peter’s management. They had to be separate.”

She also looked after Random Hold, one of the most beguiling and underrated bands of the era: “They were a really talented band. Peter Gabriel and I went to see them perform at the Rock Garden, in Covent Garden. I ended up managing them and Peter [Gabriel] invited them to tour with him. Of course, David Rhodes ended up performing with Peter and still does to this day.”

Colson was with Peter Gabriel as he slowly built his solo success, traversed the financial ruin of the first WOMAD festival and explored what was to become known as world music. Within a handful of years, Gabriel reconnected with his soul roots, invested in some plasticine and became a megastar with Sledgehammer and So. Colson was delighted. “It was obvious he had it in him, his live shows were always amazing and he just needed the right crossover song.”

As Gabriel got bigger, Peter Hammill remained – despite Charisma’s best efforts with The Love Songs album – a cottage industry. “Peter was a dream to manage, straight as a die,” Colson says. “You know exactly where you stand with him, I don’t think we ever disagreed on anything in all the years we worked together. I am not saying I understood all of his work or that I liked all of it, but that did not matter. I really respect him and think that he is one of the greatest lyricists ever to have come out of the UK.”

Her professional relationship with Gabriel was coming to an end; she oversaw the global success of So, suggested that given the amount of time he spent recording, he should build his own studio complex and negotiated for the foundation of the Real World label, but by the end of 1989 they had amicably separated.

However, she remained Peter Hammill’s manager until her retirement in 2011. “His music can reduce me to tears, make me want to vomit, really not like or understand, but that does not deter me from respecting him and being happy to work on anything he does. I only once told him that I didn’t understand one of his albums and didn’t feel that I was able to work on it, The Fall Of The House Of Usher, and he understood and respected my decision.”

Colson remained old school in a shifting world: “I am most proud of the fact that I never had a contract with any of the numerous artists I managed. All my relationships were based on mutual respect and honesty on both parts. With the exception of one artist, it worked out fine. That includes 11 years with Peter Gabriel, 22 with The Pretenders (Chrissie Hynde), 25 with producer Stephen Street and about 30 years with Peter Hammill. In addition, in no particular order, I have also managed: Helen Terry, Jesus Jones, Terence Trent D’Arby, Nigel Kennedy, Bernard Butler, Morrissey, Random Hold, Whipping Boy, Alisha’s Attic and the Subways.”

The Pretenders came along at the end of the 80s for Colson and they remained an enduring partnership. Colson, having no musical abilities herself, was teased mercilessly by them after she admitted that she played triangle in the school orchestra at primary school. She managed them exactly as her other artists, save for the fact that “Chrissie and I could go shopping and spend hours at cosmetic counters while on tour!”

Given Colson’s track record, it is amazing to think that there have been so few female managers in music.
“I am beginning to get bored with this question,” Colson sighs. “In this day and age there is absolutely no reason for there not being more female managers. I discuss this with my son who is an agent and I realise that for his generation there is no difference between male and female agents, managers, etc, which is fantastic and as it should be.”

Was there anyone she wished she had looked after? “I think that the only artist I would really like to have managed would be Kate Bush,” Colson says. “I had a couple of meetings with her many years ago when she was thinking about touring but nothing materialised. She is a truly wonderful artist and it would have been a privilege to have represented her. I saw two of her 2014 shows and I think they would have to go down as the best shows I have seen in my life.”

When asked if there were any act she felt deserved greater success than they achieved, Colson is unequivocal. “No question. Whipping Boy. They were a band from Ireland and their album Heartworm was absolutely brilliant and deserved much more recognition than it got.” The Dublin based 90s band – signed to Sony after a debut indie album – garnered rave reviews, but sadly, little else. “They were fantastic live, most probably
a little ahead of their time. They got caught up in the politics or a new MD and A&R man taking over at the label they were signed to.”

Does she have any advice to those wishing to follow her lead and go into management? “My job as a manager was to make the artist’s vision become a reality in as practical and financially feasible a way as possible. God knows how a manager makes a living in the industry nowadays. Gone are the days when a band’s mate could do it. There are so many things that a manager needs to know about now and there is not enough time to learn them as you go along! At least they have the MMF (Music Manager’s Forum) to look to for advice and there seem to be quite a few courses to be able to familiarise oneself with all the income streams. Make sure you have a good contract with your artist from the start. I was lucky but I wouldn’t recommend anybody else do what I did and not work with a contract.” And advice for artists? “Believe 100 per cent in what you are doing and make sure that you have a good reputable lawyer and accountant to represent you.”

Gail Colson retired in 2011. Hammill wrote a fulsome tribute on his website, applauding her old school, straightforward nature, stating, “Everything has been on the basis of trust, with the understanding that if things fall apart it’s only the lawyers who’d win in any court case.” Retirement is suiting Colson well. “I was very nervous about retiring but I’ve never regretted it. I am really enjoying it, I’m doing everything I never had time to do when I was working: cinema, theatre, exhibitions, holidays etc. Over 45 years in the music industry was enough, time for the next generation. I think that I had the best time in the industry; it is a very different business now.”