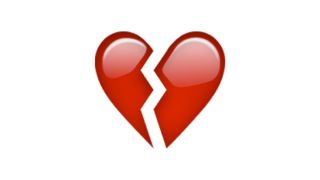 No matter which way you look at it, Valentine’s Day is the worst. Either an annual reminder of your perpetual loneliness, or a horrible excuse to have to go and spend time, money and effort on a day you really just don’t care about. Nobody wins on February 14… well, apart from capitalism.

So if you’re feeling down on love this year, these bands have got you covered. From misery-laden punk rock missives to furious takedowns of erstwhile other halves, these ten tunes run the gamut when it comes to sticking two fingers up at love.

Apparently written by Phil Anselmo about a previous relationship which had left him “really mad”, This Love is one of the stand-out tracks from 1992’s Vulgar Display Of Power. A progressively raging slice of groove metal, this track takes aim at the utter misery that comes from a failing love affair. Its heavy ugliness won it a place on the Doom soundtrack in 1994, despite having absolutely nothing to do with shooting up monsters.

The B-side to L7’s 1992 single Monster, this snarling Guns N’ Roses cover has been flipped to the female perspective and ramped up a few knots for a scuzzy grunge makeover that far outstrips the power of the original. Suzi Gardner spits the lyrics ‘I used to love him, but I had to kill him’ with so much visceral venom that she makes Axl Rose seem like a frightened puppy in comparison.

Type O Negative – I Know You’re Fucking Someone Else

The title pretty much sums up the general vibe of this song, written by Peter Steele to an anonymous former partner who had been caught doing the dirty. It’s hard to pick a stand-out lyric, as they range from the genuinely poignant ‘Do you believe in forever? I don’t even believe in tomorrow/The only thing that lasts forever are memories and sorrow,’ to the downright tenuous and bizarre ‘You had cock on your mind and cum on your breath’, ‘Practicing freelance gynaecology/Where there’s a womb there’s a way’. Either way, it’s a rager, and fuck yous seldom come more direct than this.

Jawbreaker – Do You Still Hate Me?

It’s one of those questions: if you need to ask, the answer is probably yes. Still, that didn’t stop Jawbreaker frontman Blake Schwarzenbach from asking it over and over again in this angsty number from 1994’s 24 Hour Revenge Therapy. The lyrics will ring true with anyone who’s ever broken up with anyone, encapsulating as they do that potent mix of frustration, anger and sorrow.

Alkaline Trio – This Could Be Love

American punks Alkaline Trio have essentially made a career from being kind of intense when it comes to discussing affairs of the heart, and this track takes the crown purely for the line ‘I shat the bed and lay there in it/Thinking of you, wide awake for days’. Who said romance is dead?

Bleeding Through – Revenge I Seek

Subtlety wasn’t high on the agenda for US metalcore gang Bleeding Through when they wrote this track from 2003 album This Is Love, This Is Murderous. With lines like ‘I’ll walk through this wasteland before I’ll ever fucking hold your hand again/I’ll burn forever, before I ever fucking see your face again, in hell’, it should come as little surprise that 15% of the lyrics for this song are just swear words. Enjoy.

Descendents have a knack for bitter songs written about their frustrations with women, many of which expose some rather ugly sexism. Sour Grapes is one such track, a butthurt number written by Milo Aukerman and Doug Carrion about a woman who won’t pay them any attention. Lyrics include the charming couplet ‘What will you do when you turn 21? You’re cockteasing at the singles bar just for fun’, before moving on to the frankly grim ‘I wanted her cherry, I got sour grapes’. Gross.

What does Corey Taylor think? Well, if this track from 2004’s Vol. 3: The Subliminal Verses is anything to go by, he’s definitely part of the ‘love sucks’ camp. A tense and paranoid exploration hinged around noir themes, you don’t need to read between the lines too much to realise that the protagonist is majorly wigging out about ‘the only one who makes [him] sad’.

Ugly Kid Joe – Everything About You

There’s a thin line between love and hate, so they say, and no one knows this better than Whitfield Crane here, as he details all the many things he hates – their mother, their father and their sister, too – about this song’s subject. Not specifically an anti-love song, it’s more a call to arms for everyone who hates everything about someone else this Valentine’s Day.

Horror punk has always been fixated with the darker side of love, and the UK’s Creeper are no exception. This track laments ‘sleeping the pain away’, ‘spending nights cursing the day’ and ‘crushing on you from afar’ while ‘you just crash me like a car’ among its themes. So far, so teenage goth, but this is a great modern take on why unrequited love hurts.