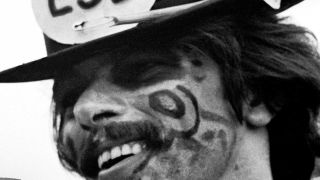 There’s no doubt that mind-expanding drugs were a crucial part of psychedelic culture. Lysergic Acid Diethylamide (LSD) had first been synthesised by Swiss chemist Albert Hofmann in 1938. Up until the 60s, it was used in psychiatric treatments and experiments, and its hallucinogenic properties were also seen by the CIA as having potential military applications. But in 1967, the US government banned the drug.

However, by this time its use had become prevalent in the counter culture. And if anything, the ban made LSD more alluring. While much has been written on the effects of this drug, what it does do is overcome the barrier between the conscious mind and the subconscious one. In very simplistic terms – and this is not meant to be scientifically accurate – it allows a person to dream while they’re awake, and to remember the visions and thoughts they have.

This gave musicians the opportunity to mentally explore different avenues of sound and vision, in the process creating a style that was altogether different in construction and structure to what had gone before. LSD seems to give the use of the ability to think along different lines to the norm, and once a creative cascade has been started, it can lead to the most astonishing achievements in the physical world.

Of course, there is a downside, and the musical world has been saturated with those who either took too much ‘acid’ (as LSD became popularly known), or just couldn’t handle the impact.

The main class of psychedelic drugs are known as serotonergic drugs. LSD is part of this group, which also includes psilocybin (found naturally in about 200 species of mushroom) and DMT. This latter has been used by Amazonian tribes for centuries. Taken in the form of a brew called Ayahuasca, it’s said to make someone feel like they’re otherworldy, with a trip often beginning with the sighting of strange dwarf like creatures. This experience is termed Machine Elf, which sounds like a good name for a psychedelic band! Another form of naturally occurring psychedelic drug is mescaline. This is found in various types of cacti and beans.

The reputation of all these drugs as mind expanding and a positive inducement to the creative thought process is hard to accurately pin down. But there’s no doubt that it has given bands a freedom to express themselves that might not have been the case had they not indulged. Musicians and composers have used stimulants such as opium for centuries. But what happened in the late 60s was an explosion of inventiveness and artistic flair which history has directly linked to the above drugs. Even without these, there’s little doubt we’d still have had a massive influx of brilliant music at the time. But the drugs became inextricably linked to the sounds.