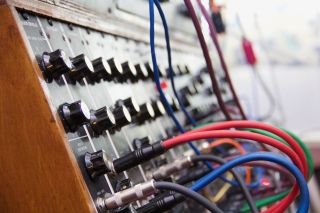 A recent thread on the Prog Magazine Readers Facebook group conjured up memories of comedian Harry Enfield’s classic sketch, Women: Know Your Limits!, a 1950s-style public information film where a female dinner party guest is castigated for holding intelligent opinions. The thread in question began with that hoary old chestnut: why is prog predominantly more male than other musical genres? We learned it could be because 1) prog is intellectual, 2) you can’t dance to it and 3) women can’t stay focused during a 23-minute song. From such broad brushstrokes of assumption, we’re reminded that, yet again, there’s a certain percentage of the male population with zero understanding of their female counterparts or the reasons why they love prog. Predominantly aged 50-plus, these men, due to their lack of self-awareness, behave as if they belong to an old boys’ club and think their antics are simply jolly japes. Think again!

An uncomfortable truth for this hardcore bunch is that we don’t like the way they address us with their gauche jokes, usually at our own expense. They come across as boring, patronising and downright silly in an essentially David Brent (The Office) kind of style, ipso facto, mediocre middle management types with ‘little man syndrome’ and enormous chips on their shoulders.

Yes, we do sometimes discuss their behaviour, have a laugh, take the Mickey, and even have a rant. However, we would never let on why and their general demeanour means they wouldn’t probably understand even if we did.

We would also stress that there are very few prog misogynists. It’s probably just as well because most female prog fans are fiercely intelligent, creative, independent individualists, drawn to the music because it resonates with their psyches. We prefer our male counterparts to be cut from the same kind of cloth and to treat us like equals, both in person and on social media.

Many extraordinary women now work in key prog roles: performing, promoting, merchandising, organising, and writing, in addition to being fans. They do it because they’re passionate about the music, which draws us all together. If you ask them, they’ll tell you their own stories of how they’ve been undermined by certain male behaviours. Yes, women may be in the minority, but look around. The number of female fans has been increasing steadily at gigs and events such as Cruise To The Edge and the Marillion Weekends.

These are our observations from many years’ experience of adoring prog music and enduring the behaviour of some male prog fans. Why do we love prog so much? Because its complexity and beauty enriches our minds and illuminates our souls. That’s not to say it’s for everyone: music will always remain a subjective matter based on personal taste. However, we do need to address this prevailing male attitude within our ranks. What do you think?