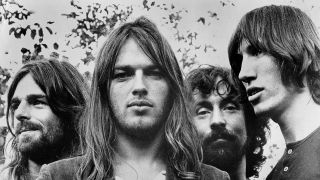 It’s difficult to overstate the influence of Pink Floyd as a defining force in rock culture. And it’s not just about the number of records they’ve sold. You can reel off pages of statistics concerned with the success of The Dark Side Of The Moon, but that doesn’t tell you why that album – both the music and the album sleeve itself – from 1973 became an icon for a generation. Or why Pink Floyd became a phenomenon that has affected every generation since.

The answer is that they have made some of the most amazing, most singular music in rock. The punks may have hated the band and what they often (wrongly) perveived they stood for, but Pink Floyd’s bile against the system was often as venomous as anything the punks could spit out.

And through the 80s and 90s, angst-ridden teenagers, including legions who later would also make an impact with their own music – from Axl Rose to Trent Reznor to Billy Corgan to Noel Gallagher – grew up listening to The Wall. Pink Floyd had an impact on them all.

There have been four distinct phases in Pink Floyd’s career. The first was the Syd-Barrett-led band, which came together in late 1965 and lasted for just three singles and one album before Barrett fell apart at the end of 1967 and was forced to leave the band. And for some people, Pink Floyd ended at this point.

Then there was the Pink Floyd that picked up the pieces and spent five years groping for a suitable direction, before ‘Dark Side Of The Moon’ went supernova and transformed their fortunes and replotted their future. After five hugely successful albums increasingly dominated by Roger Waters, the whole thing disintegrated with sullen rancour at the start of the ’80s.

And then there was what became phase three, after Pink Floyd was retrieved by guitarist David Gilmour (who had replaced Syd Barrett) and restored to their pre- eminent position in the rock hierarchy.

A belated fourth phase came in 2015, 20 years after many had assumed that Gilmour had wound up the band, with the release of The Endless River, a record that the guitarist has said definitively marks the end of the Pink Floyd journey.

Throughout it all, Pink Floyd have maintained a ‘corporate’ identity while remaining anonymous individually; it’s doubtful whether you would recognise a member of the band on the street –something which has simply added to their enigma.

One of the most consummate rock albums ever recorded, Dark Side… was an ambitious, ground-breaking concept that has become a timeless classic.

Themed around the pressures of modern life and the insanity that those can provoke, the record’s dynamic sound reinforces the songs’ contrasting images, from the paranoia of On The Run to the seductive requiem that is The Great Gig In The Sky.

The impact is heightened by linking sound effects, often integrated into the songs – the cacophony of clocks at the beginning of Time; the till-ringing jangle that opens Money.

Dark Side… is a carefully measured album that took a lot of effort to make, but the result possesses a vitality that still has the power to thrill.View Deal

Following The Dark Side Of The Moon was a daunting prospect, but with Wish You Were Here Floyd rose to the challenge. What the album lacks in dynamics it makes up for with a controlled tension, evident from the taut opening keyboards and guitar that stretches to breaking point before Gilmour’s four-note arpeggio exquisite release.

Shine On You Crazy Diamond opens and closes the album, a eulogy to the pervading ghost of Syd Barrett, is the finest track they wrote without him; the acerbic Welcome To The Machine and the cynical Have A Cigar rage against the system, while the melancholy of the title track offers a stark contrast. The album may not have the pizzazz of its predecessor but it cuts deeper.View Deal

The first Pink Floyd album to reveal their real potential, Meddle takes the ideas they had been playing around with for the previous couple of years and gives them a sense of identity and direction.

That is vividly apparent on the trippy One Of These Days, where Waters’s hard-core, echo-drenched bass provides the (almost dancey-trancey) pounding bedrock for some superannuated keyboard and guitar flashbacks, plus an eerie snippet of the Dr Who theme.

It is more leisurely apparent on the 23-minute Echoes, which begins with a simple sonar ‘ping’ and builds, via a series of fragmented ideas, to a majestic crescendo before letting you down gently with a cosy glow.

Some of the rest of the album is filler, but you scarcely notice. Meddle is the sound of a band distilling their psychedelic past into a scintillating future.View Deal

As stripped-back and direct as Pink Floyd ever got, perhaps because the band was now controlled by Waters, with Gilmour as his musical foil.

Animals shuns the widescreen musical soundscapes of their previous two blockbusters, and instead updates George Orwell’s Animal Farm for a bleak, withering observation of humanity.

Waters’ lyrical vitriol drips all over the greedy, conniving Dogs, the autocratic, self-righteous Pigs (Three Different Ones), and the downtrodden but finally rebellious Sheep. Those three epic tracks are book- ended by the disarming two-part acoustic love song Pigs On The Wing.

The prevailing musical atmosphere is sparse and brooding, with an occasional menacing edge when Gilmour’s guitar chords hack their way through the forbidding undergrowth. It’s not a pretty album, but then it’s not meant to be.View Deal

The culmination of Floyd’s endeavours through the 70s, The Wall is a dense, double-album diatribe on isolation, indoctrination, society and the bastards who try to control us.

From the bombastic opening In The Flesh to the surprisingly anti-climactic Outside The Wall, the plot is peppered with metaphors, flashbacks, nightmares and dreams. What saves it is the compelling musical drama that keeps you hanging in there while it all unravels.

Not that there’s an abundance of musical highlights; The Wall engrosses rather than titillates. But when the highlights do show up they’re memorable: Another Brick In The Wall Part 2 condenses Waters’ pessimism into one greatest hit; Hey You is an eloquent plea from the other side of the wall; Comfortably Numb is awesome in its power and simplicity.View Deal

Floyd’s first album is a sparkling testament to the genius of Syd Barrett, who wrote virtually the whole of this psychedelic masterpiece off the top of his head, so to speak.

The album remains the musical Mecca for British psychedelia. Sadly for Syd it was a brief flowering followed by a nervous breakdown.View Deal

Their sole studio album of the 1990s makes a creditable fist of a Pink Floyd record without Roger Waters.

The David Gilmour-fronted band, not surprisingly, wishes it was back on the Moon, and the album has a studied elegance as the band rekindle the flame. There’s an easy familiarity running through the tracks as Floyd trademarks are deftly reworked with the benefit of better technology.

And after a momentary lapse of lyrics, there are some meaningful words floating around again, notably on What Do You Want From Me, Poles Apart, Wearing The Inside Out, Lost For Words and High Hopes. It would be their last album for 21 years.View Deal

Recorded with Gilmour firmly embedded in the band, Ummagumma is a live/studio double album that does no favours to their past, present or future.

The live album rakes over the psychedelic ashes, but the trip is audibly over. With the exception of Careful With That Axe Eugene, which creates its own suspense, there’s little spark as the band get the notes right but the spirit wrong.

The studio album gives each member half a side each to do their own thing, and proves conclusively that Pink Floyd is considerably more than the sum of its parts. The chaos might lead you into thinking that they were all on acid. Sadly, they didn’t even have that excuse…View Deal

The best (and worst) of the rest…

For those planning to take the laborious path from Piper… to Meddle, the two beacons to head for are A Saucerful Of Secrets (1968) and Atom Heart Mother (1970), which offer glimpses and promises of what they don’t yet have the confidence to fulfil.

Don’t get sidetracked by More, Zabriskie Point and Obscured By Clouds, soundtracks that are musical cul de sacs. But the Live At Pompeii film from 1972 catches the band on the brink, playing songs from Meddle and earlier gems, including Careful With That Axe Eugene.

While The Final Cut (1983) is not a very good Floyd album, it is a very good Roger Waters album. And the first Floyd album without him, A Momentary Lapse Of Reason (1987), comes close to the ‘facsimile Floyd’ jibe levelled at it by Waters’s spin doctors.

But those jibes were silenced once the new Floyd took to the stage, and the live albums The Delicate Sound Of Thunder (1988) and Pulse (1995) are hi-fi delights, while Is There Anbody Out There – The Wall Live 1980-81 also catches a vibrancy that the studio album misses.

Floyd surprised the world in 2015, by polishing up outtakes from The Division Bell and releasing them as the mostly instrumental The Endless River, pitched as their final album. If that’s true, then it’s a pleasant swansong, rather than an essential one.