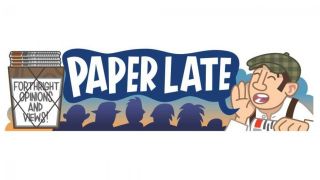 Black cat clichés and LaVeyan Satanism are out. Lucifer as the bringer of light and knowledge (carefully adapted with contemporary feminism) is in! The modern-day witch listens to Kate Bush MP3s on her studded smartphone, goes to folk art exhibitions and eats at vegan food markets. The misogynistic image of the spinster sorceress, living in the woods, and feeding on men’s weaknesses is irrelevant and incongruous. Today, female-fronted post-rock bands, like Jex Thoth and Darkher, are paving the way for a generation of independent damsels that are trendy, progressive and strong. The misconceptions that occult rock is inherently dark and gloomy are coming to an end. Instead, charismatic singers like Chelsea Wolfe are providing lyrics themed around nature and human emotion written in empowering tones.

Prog, previously regarded as a male-dominated genre, has given way to bewitching chamber music evident with Russian duo iamthemorning, enchanting keyboard and flute in Blood Ceremony, and Purson’s cabalistic psych-prog. Beyond a simple, doomy, 70s hippie chic revival, the new wave of occult includes prog bands that are fiercely powerful and predominantly female-fronted. The popular influence of Jinx Dawson, aka proto-prog band Coven’s queen of underworld, and of Fleetwood Mac’s flower power witch, Stevie Nicks, are crucial starting points for the innovative mentality captured for the modern occult fan. Their enchantress personas were powerful enough to develop a following of their own outside that of their respective bands.

Ritualistic live performances in darkened robes, perfumed with incense and lit by candles, provide a platform for the witch to embrace her natural instincts as a seductress and entertainer. Artwork imagery – such as Darkher’s Realms, which shows the singer’s slender figure and long flowing hair contrasted by the light – is a reflection of the essence of femininity and reminiscent of Botticelli’s The Birth of Venus.

The modern witch embraces her female instincts as a musical muse and maternal protector through spiritualism and worshipping nature rather than Devil-worship. She’s more interested in attending lectures about social science and watching re-runs of The Wicker Man, than sacrificing animals and dancing naked around a dimly-lit pond. As a defender of progressive thought, occult rock lullabies and folk anthems are a positive addition to the progressive music genre. They inspire values of respect and equality over negativity.

Subscribing to this idea, the disappearance of the prog fan’s well-documented fear of occult rock is inevitable. Embrace the modern witch; long may she live among us.