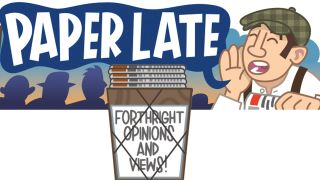 Asked about deluxe ticketing packages in 2010, Bruce Springsteen’s longtime manager Jon Landau replied that such add-ons were likely to become a fixture on the scene. “If you call something deluxe or unique,” he mused, “this is America – someone will buy it.” He’d seen the future of rock’n’roll and its name was the VIP hospitality package.

Not every A-list act has exploited fans’ bottomless well of blind devotion, but in the present climate it’s almost de rigeur for large-scale shows to involve labyrinthine layers of scaled pricing. This summer the Roger Waters spectacular at Hyde Park offered Golden Circle tickets for £299, which bagged you entrance to a fenced-off area near (ish) the front and a bar with a slightly shorter queue than the bars at which Joe Average Punter grew a beard waiting. King Crimson have advertised a £295 Royal Package (you meet one of them and get a T-shirt), while Dream Theater have marketed similar notions. Steven Wilson is inviting fans to register interest in VIP “upgrades” for forthcoming dates.

This wheeler-dealing isn’t of course confined to the world of prog. Earlier this decade you could have shelled out almost two grand for a front row seat at Bon Jovi, but hey, you took home a folding metal chair with a Bon Jovi-logo cushion on it. Some fork out a month’s wages to attend a Justin Bieber soundcheck. Prog is only following the market: that’s sound business. The former CEO of AEG Live, Randy Phillips, once stated that the top acts make as much moolah from 10 percent of the audience as from the other nine percent of mere “general admission” mortals.

Such bread-head cynicism theoretically keeps prices down for the great unwashed. Bands squeeze their live loyalists to make up for what they no longer make from record sales, and it’s better that obsessives pay full whack to the artists than to unofficial scalpers and sharks. Yet something sticks in the craw about this tide of ‘tixploitation’. The irony of Waters berating capitalism sat uneasily with his various roped-off areas, which might have been marked Rich, Less Rich and Missing-Meals-To-Be-Here. Gold/platinum/velvet-lined seats may offer you a superior sightline and sound (whether they do is another debate, and depends on specific shows), but to the proles – sorry, punters – behind you it’s, if not a kick in the teeth, at least a flicked V-sign, or an impression of Harry Enfield’s Loadsamoney waving his wad. You can’t blame musicians for maximising earnings, or management for milking prevailing trends, but you might ask: is this another death throe in the spirit of rebel outsider music?

Got an opinion on the matter that you’d like to share? Please email us at: prog@futurenet.com. Opinions expressed in this column aren’t necessarily those of the magazine.