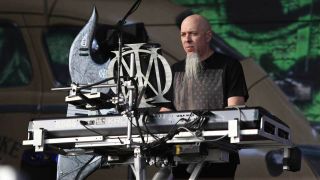 As Dream Theater warm up for two shows at London’s historic Palladium venue, keyboard player Jordan Rudess spoke to TeamRock about the scale of the band’s new concept album, The Astonishing.

“We needed lot of music because we wanted to write a show,” says Rudess. “From the moment of it’s birth, this has been a large concept. We knew we wanted it to be big in scope. So we put together a lot of ideas, and wrote a lot of music.”

Watch the full interview below. Dream Theater play at the London Palladium on February 18 and 19, before the tour continues to Europe and North America (full dates below). Tickets are on sale now. Earlier this month, guitarist John Petrucci spoke of his nervousness ahead of the shows.