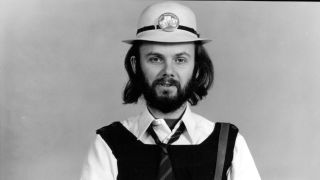 Tributes have been pouring in for veteran DJ John Peel, who died in October at the age of 65. Former Undertones singer Feargal Sharkey called him “The single most important broadcaster we’ve ever known”, and stars including Robert Plant and The Manic Street Preachers’ James Dean Bradfield joined in remembrance.

Plant said: “From my earliest recollections, John Peel championed and gave life to such a vivid and dynamic variety of music. In the early days of Led Zeppelin he gave us radio airplay when we were considered taboo by the flaccid BBC indentikit diTributes have been pouring in for veteran DJ John Peel, who died in October at the age of 65. Former Undertones singer Feargal Sharkey called him “The single most important broadcaster we’ve ever known”, and stars including Robert Plant and The Manic Street Preachers’ James Dean Bradfield joined in remembrance.sc jockey. In subsequent years he gave me countless hours of listening pleasure. My deepest sympathies go out to [his wife] Sheila and his family.”

Liverpool-born Peel was a familiar voice on the radio for almost 40 years. An early champion of the likes of Marc Bolan, Bowie, Status Quo, Thin Lizzy, Roxy Music, Captain Beefheart and Rod Stewart, Peel later played a huge part in the emergence of punk, introducing his listeners to the Sex Pistols, Joy Division and The Ramones. Always unpredictable and never afraid to ignore trends, Peel championed the likes of Napalm Death and Carcass as much as he did reggae and hip-hop.

Napalm Death and Carcass as much as he did reggae and hip-hop.

Manics mainman Bradfield commented: “It was because of him I got to hear some of the most obscure but influential music I ever heard. He was a lifeline to hearing music I would never have heard otherwise. He was a portal to a whole new world.” Londonderry punks The Undertones were just one band that had their lives changed by his patronage (Peel said Teenage Kicks was his favourite song of all time). “In the autumn of 1978 something happened that was to change my life forever,” said the band’s former frontman, Feargal Sharkey. “John Peel played Teenage Kicks on the radio for the very first time.

“We have just lost the single most important broadcaster we have ever known,” he added. Ozzy Osbourne also paid his respects: “It was a terrible loss to the

music industry,” he said. “He was a pioneer in his own right. If it wasn’t for John Peel, Black Sabbath wouldn’t have got played on the radio. A huge loss to music in general. He was a good guy.”

In 1971 Peel famously joined Rod Stewart And The Faces on Top Of The Pops for their performance of Maggie May. Stewart commented: “I was shocked and saddened to hear about my mate John. He was one of the first DJs that I listened to and respected, and he was instrumental in getting The Faces out to a bigger audience.”

In paying tribute, many people bemoaned the state of radio today. “Who am I going to listen to now?” said Radiohead’s Thom Yorke. “He’s been my inspiration since I was 14.”

Elvis Costello added: “He was the contradiction of every bad thing you could say about radio. He had an open mind about music, whether he was bringing the listener the Incredible String Band or The Fall, Mike Hart or Echo And The Bunnymen.”

Classic Rock would like to add its gratitude and admiration to a true great who touched all of us in some way. John Peel leaves behind his wife Sheila and four children. We send them, and his friends and colleagues, our condolences.

This was published in Classic Rock issue 74