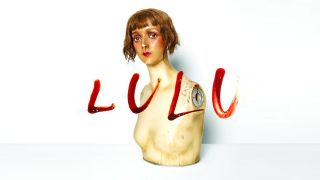 On the last day of October 2011, the biggest heavy metal band of all time took what the majority of commentators consider to be their foolhardiest mis-step in a career littered with mis-steps. You may well cringe at the memory of the short hair, the Napster case, the Black Album ballads, the unwatchable Hollywood movies, the life coaches and Lady Gaga at The Grammys, but those feelings are likely to be microscopic annoyances when compared to the supposed disaster that is Lulu, Metallica’s collaborative album with the late Lou Reed.

If you’re nodding your head, your opinion is valid and justified. But, consider, just for a second: are you putting Lulu in the context in which it should be appraised? It’s unlikely.

Let’s look at the stones that had been thrown at Metallica in the run up to this record. They were, it was said, a spent force; a band pandering to the mainstream, hard rock millionaires who turned their back on the subversive nature of heavy metal to tread water. When Master Of Puppets was released in 1986, no one sounded like Metallica. They were the inventors of thrash, who shook up the metal scene, alienating large portions of the genre's fanbase in the process with their sheer, wild and unpredictable power. Those were the days, eh? If only they were capable of doing it again!

And then they did. And everyone hated them for it.

Some of you might want Metallica to sound like Master Of Puppets again, but, as obvious as it sounds, Master Of Puppets already exists. You can literally go and put it on right now if you want. If it came out today it would still sound incredible, as those songs are bulletproof in any era.

Would it shock people in the same way though? Doubtful.

What should shock people is a double album of avant garde, part-spoken-word post-metal, conceptually based on the writings of an expressionist German playwright of the early 1900s. For that’s what Lulu is. The reason so many feel so negatively towards it is because they want it to be something else. Which is ridiculous. It’s like biting into an apple and being angry that it doesn’t taste like a banana.

You can’t bemoan a band for refusing to leave their comfort zone, and then stamp your feet when they don’t do what you’re used to. Metallica, as per usual, were on a hiding to nothing.

Of course, with no context, James Hetfield professing to be a table does sound confusing, and yeah, pretty hilarious. But just stop, and think for a second: do you understand the album’s narrative? Have you researched Frank Wedekind? Have you read about the themes of his work? Have you actually seen the Lulu plays on which this album is based? I’m willing to bet that you haven’t. And it’s not too much of a stretch to suggest that that information would be incredibly useful when appraising Lulu. It’s a score to a play that you’ve never seen.

Sure, Lulu is a difficult record. It needs to be considered differently. It needs to exist solely inside the world in which it was created, not to be compared to Creeping Death and never truly given time to breathe. Of course, it’s all well and good saying this, but is it actually any good? For my money, yes and no. It’s definitely patchy, and it’s definitely hard to digest in one sitting. Some of it is affecting and impressively dark: Pumping Blood for example is a nightmarish, swirling, hypnotic lament that would fit on a record as bleak as Scott Walker's classic The Drift.

Some of it's messy and just doesn’t work. Yeah, the table thing. But throughout, it's a brave album, a misunderstood album, and for that alone – whether you want to actually listen to it or not – Metallica deserve more credit for Lulu than has been bestowed upon them.