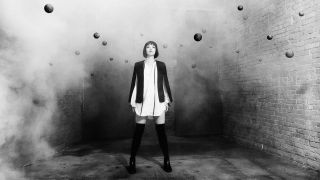 A mix of beloved classics and obscure rarities, the album’s eleven tracks showcase LeGrow’s stunning voice and wildly inventive arrangements. For evidence of this, check out her stunning version of Chuck Berry’s You Never Can Tell – a version that foreground's Berry's astonishing songwriting talent as much as it does LeGrow's smokey voice – and for a modern take on an obscure classic, listen to her new single, a cover of Sugarpie DeSanto’s Going Back Where I Belong.

“Recalling Selah Sue and Alice Russell, LeGrow’s voice is soulful and bluesy but with a raspier rock quality,” wrote The Independent.