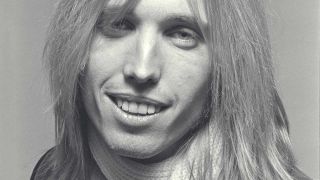 Tom Petty was many things during his career – but never a sitting target. His gumption rose to the surface defiantly when he withheld his fourth album, Hard Promises, from label MCA, who wanted to put it into the shops at $9.98, a dollar higher than most records retailed for. Petty threatened to rename the record The $8.98 Album, before the men in suits relented.

That was in 1981. Four years earlier, only great reviews in the UK had convinced the label to persevere with his debut album Tom Petty & The Heartbreakers. The record had been released 12 months earlier, but the US only caught on to Petty with the re-release of previous flop single Breakdown, which proved to be a slow-burner commercially.

In 2002 Petty took the brave step of releasing a record (The Last DJ) which aimed stinging bile at what he saw as the homogenisation of the US’s network of independent radio stations. In interviews, too, he was never backward in coming forward; a music TV channel was blasted for removing ‘’n’roll’ from ‘rock’n’roll’, and promoting the likes of Latin chanteuse Shakira as ‘rock’ artists.

He may once have proclaimed himself “incredibly lazy”, but Petty kept many irons in the fire. Although the majority of the albums that bear his name were recorded with The Heartbreakers (and members usually played on albums credited solely to Petty), he’s also found time for movie and TV work (The Simpsons, King Of The Hill).

There was his high-profile stint with the Traveling Wilburys, that also included Roy Orbison, Bob Dylan, George Harrison and former ELO stalwart Jeff Lynne. That group released one standout record in Vol 1, which deserves to sit among the best of the records listed here, and the less-focused Vol 3 (the Vol 2 title having been filched by bootleggers.)

The association with Lynne was to prove fruitful: Full Moon Fever and Into The Great Wide Open, the two albums the partnership initially yielded, were Petty’s most accessible and, consequently, successful. And in 2006 Petty and Lynne reunited with one of his strongest albums since that pair, the life-affirming road warrior tales of Highway Companion.

Petty’s body of work cuts across genres. He was admired equally by rockers, folkies, clued-up country fans and indie kids (The Replacements were given a hefty leg-up after touring with him). A phenomenal live performer too, his Soundstages DVD is a compulsory companion to the records listed here.

When Jeff Lynne and Petty hooked up in the Traveling Wilburys, it probably didn’t occur to either of them that within the space of two years they’d have added a pair of classic albums to their respective CVs: the Wilburys’ Vol 1 and Full Moon Fever.

There’s been speculation that the songs included here were originally earmarked for the Wilburys’ second record. Whatever, Lynne, as producer, allowed Petty’s Byrds-esque jangly Rickenbacker sound a long leash, and the result was an album full of shimmering tunes: Free Fallin’, I Won’t Back Down and Runnin’ Down A Dream are among the greatest songs of their kind.View Deal

It kicks off with what was probably Petty’s finest song to date, the stirring, organ-infused Refugee [a co-write with long-time Heartbreaker Mike Campbell]. On Even The Losers Petty emoted an anthem for every guy who’s just been dumped by his prom queen [‘I showed you stars you never could see/It couldn’t have been that easy to forget about me’], while the perky, piano-punctuated Don’t Do Me Like That had a similar theme, minus the redemptive tone.

As befitted an artist struggling for success in the post-punk era, there are new-wave flecks and touches of Tom Waits-esque semi-spoken delivery, but …Torpedoes is a quintessential American rock record.View Deal

As the western world prepared to go incendiary over punk, Petty stepped out of the shadows with a stripped-back record that combined the best bits of the mid-70s musical melting pot.

Driven by understated guitar chimes and Benmont Tench’s organ swirls, its impact may not have been instant, but the early-Springsteen backing vocals of Breakdown and call-to-arms battle cry Anything That’s Rock ’N’ Roll helped make certain it would become an enduring classic. The record’s best-known anthem is American Girl – the guitar riff of which was later filched in its entirety by The Strokes [for Last Nite].View Deal

Jeff Lynne returned as producer for what many critics viewed as Petty’s best record in years. Lynne’s temptation to over-elaborate is largely resisted, and the lyrical themes see Petty travelling wilfully through the side alleys of America, coming over as a lonesome troubadour, windshield splattered with mosquitoes.

It’s a genuinely homespun collection, lovingly crafted and speckled with heart-tugging chord progressions, particularly evident on Square One, a prayer for redemption which excels as a simple, folksy ballad, and the joyous hoedown of Big Weekend. Only perfectionists would quibble about Lynne’s distinctive but one-dimensional harmony vocals.View Deal

You can only imagine the reaction among the ‘high-ups’ at label Warner Brothers when Petty And The Heartbreakers turned in a record rammed with invective against their very methods.

The Last DJ, as a concept, comprehensively dismantled the industry’s promotion of mediocrity, image and manufactured fluff. The title track bemoans the loss of independent radio, while Joe, sung from the viewpoint of a record company CEO, contains the lyric: ‘Bring me a girl/They’re always the best/You put ’em on stage/And you have ’em undress.’ It’s dedicated to “everyone who loves music just a little bit more than money”. And three cheers for that.View Deal

Three years after …Great Wide Open, the fickle hand of fashion had moved on, seemingly leaving Petty with far less pressure to create another commercially successful follow-up. Jeff Lynne, too, was absent, and Rick Rubin was in the producer’s chair.

Full of the sparseness that characterises the best work of both producer and performer, it’s his second ‘solo’ album. Overall Petty sounds looser, less hurried and more fun. Never one to take the pressures of fame well, on It’s Good To Be King he could almost be reflecting on the enjoyable, but ephemeral, mainstream plaudits his previous two albums (and the Greatest Hits record) enjoyed. You Wreck Me, meanwhile, is a good old- fashioned rock’n’roll singalong.View Deal

When writer/director Edward Burns asked Petty to provide the music for his 1996 rom-com She’s The One (starring Jennifer Aniston and Cameron Diaz), he found Petty in acerbic, guitar-heavy form. ‘Some days are diamonds, some days are rocks,’ he opined on opening track and lead-off single Walls (Circus).

Although recorded with The Heartbreakers, there was only one co-write, plus a rare pair of cover versions in Lucinda Williams’ defiant Change The Locks and (Petty likes to keep his finger on the musical pulse) a reading of Beck’s Asshole.

To dismiss this record from your Petty-perusing as ‘just a soundtrack album’ would be to miss him when he’s close to the top of his game.View Deal

The impact of this second instalment from the ‘Jeff Lynne Years’ suffered mainly from coming as less of a surprise than its predecessor, Full Moon Fever. That said, Learning To Fly and King’s Highway are two of the strongest songs Petty has recorded, all glorious, chiming guitars and euphoric choruses. The title track’s refrain (influenced by his friendship with George Harrison via both being in the Wilburys, perhaps) strongly evokes The Beatles.

Overall, though, Lynne’s production adds too much gloss to the mix, to the detriment of the songs; frequently with Petty, the bits where nothing’s happening are as important as when the band’s a-rockin’.View Deal

In some ways a companion piece to its predecessor Damn The Torpedoes, and another album that opens with a track that would become a staple and fans’ favourite for years. On this occasion it was The Waiting – an attempt by a feckless lover to convince his ‘baby’ that he’s a changed man.

There’s a fresh maturity to the lyrics. The narrative mystery of Something Big is the tale of a loner who checks into a low-rent hotel for a night of who-knows-what; Old Kings Road details the head-spinning confusion of an all-American boy transplanted into London. Amid all that there’s the straight-up love song A Thing About You. Fleetwood Mac’s fairy princess Stevie Nicks pops up on vocals, too.View Deal