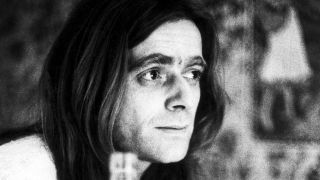 Henry McCullough, the guitarist who played with Wings and Joe Cocker’s Grease Band, died in Ireland at the age of 72, four years after suffering a heart attack that left him severely disabled.

One of the great rock’n’roll sidemen, McCullough played a supporting role in many stellar line-ups, lending his flawless technique and a steadying hand to the line-ups of Spooky Tooth, Dr Feelgood and the Frankie Miller Band, and performing as a backing musician to stars including Roy Harper, Eric Burdon, Donovan, Marianne Faithfull, Ronnie Lane and many others. He was also a singer and sometime songwriter who released about ten albums in his own right.

Henry Campbell Liken McCullough was born in Portstewart, County Londonderry in Northern Ireland and cut his teeth playing in various Irish showbands of the 1960s. “We played everything – pop, dance songs, old-time waltzes,” he said. “Sometimes you could be on stage for six hours, so you needed a big repertoire. Anything I did after that, I was able to figure out quickly.”

He joined a Belfast group called the People who caught the attention of Jimi Hendrix’s manager Chas Chandler. He changed their name to Eire Apparent and put them on tour with Hendrix. McCullough later recalled playing with Hendrix at the Scene Club in New York, describing it as “a jam and a half.” Back in Dublin, McCullough next joined Sweeney’s Men, forerunners of the Irish folk-rock sound popularised by Horslips. “I wanted to play everything – rock, blues, folk, country – and not get bogged down in one style,” he said.

The guitarist enjoyed his first moment in the full glare of the international spotlight thanks to his heroic performance with Joe Cocker’s Grease Band of the Beatles song With a Little Help From My Friends in the movie of the Woodstock Festival of 1969. There is not a baby boomer music fan alive today who does not recall with perfect clarity the heraldic opening guitar line of that thunderous performance.

Cocker’s recorded version of the song featured the female session singers Sue Glover and Sunny Leslie singing the lengthy, gospel-style question and answer sections: ‘Would you believe in a love at first sight?’ But on stage, it was left to McCullough and bassist Alan Spenner to deliver these challenging parts in a rather battered falsetto, a pair of rock’n’roll foot soldiers fighting against the odds as Cocker twitched and roared at them from the other side of the split cinema screen.

“I felt honoured to be part of such a hardcore outfit,” McCullough recalled, while confessing that he didn’t remember Woodstock as being anything very special. “It was just this big, muddy field.”

A year later McCullough and various members of the Grease Band found themselves on a mission of a different nature when they recorded the double-album soundtrack of Jesus Christ Superstar, the rock opera written by Andrew Lloyd Webber and Tim Rice. According to McCullough, the band were offered a fee of £500 each or a percentage of the profits. “None of us thought that a record with that title would sell, so we all took the £500,” he said. The album eventually topped the US chart in 1971.

But it was as Paul McCartney’s right-hand man in Wings where he truly made his mark. The gig with McCartney came at a particularly testing time for the ex-Beatle, as he struggled to emerge from the monumental shadow of his former group. McCartney’s strategy was to pile everyone into the back of a van and drive off to play a bunch of impromptu gigs on university campuses, often turning up at the venue unannounced. Joining the band at the start of 1972, McCullough was sometimes called upon to hustle the gigs.

“First stop was Leicester University. I went into the students’ union and said, ‘Can Paul McCartney and his new band play here?’” he remembered. “I had to bring the students out to the van to prove I wasn’t joking. By evening, the place was packed. We got paid in 50p pieces. Then we toured Europe in an open-top bus. When that was over, McCartney said, ‘Who wants to go to Morocco in my Learjet?’ So off I went, with 40 quid in my pocket.”

His most celebrated recorded work was his contribution to Wings’ Red Rose Speedway album, released in 1973, and in particular the song My Love, the band’s first US No.1 single and a certified million-seller. McCullough’s solo in My Love, with its tasteful bends and graceful glissandos, added a layer of sophistication to a typically accessible McCartney pop melody.

“I’d sort of written the solo, as I often did write our solos,” McCartney later recalled. “And he [McCullough] walked up to me right before the take and said, ‘Hey, would it be alright if I try something else?’ And I said, ‘Er… yeah.’ It was like, ‘Do I believe in this guy?’ And he played the solo on My Love, which came right out of the blue. And I just thought, ‘Fucking great’.” McCullough also played on the Wings classic James Bond theme Live And Let Die, in which he switched with a dextrous touch from crashing power chords to nimble reggae chops.

His tenure in Wings came to an abrupt end in 1973, when he quit the band following an argument with McCartney a week before they were due to fly to Lagos to record the follow-up to Red Rose Speedway. McCullough subsequently embarked on a solo career with his first album Mind Your Own Business, released on George Harrison’s Dark Horse label in 1975. He played with seemingly effortless economy in an educated blues-rock and country picking style on the succession of solo albums which ensued.

During the sessions for Red Rose Speedway in Abbey Road, McCullough inadvertently found himself making a spoken word contribution to the track Money from Pink Floyd’s album Dark Side of the Moon when he wandered into their studio and replied to somebody’s question with the words “I don’t know, I was really drunk at the time”.

The phrase took on an uncomfortable resonance when, in later life, McCullough’s career took a dive and he succumbed to a severe drink problem. After returning to Ireland in 1984 he almost severed three of his fingers with a kitchen knife, after which he was unable to hold a plectrum for three years. Unemployed, broke and living on a council estate, he took to busking while he gave up drinking and gradually got himself back on his feet.

He gave a soulful account of his travails in later years on his own compositions, notably Failed Christian, from the album Unfinished Business [2002] - a song memorably covered by Nick Lowe - and Fix Me Up Jesus on the album Poor Man’s Moon [2008]. McCullough’s most recent album, 2012’s Shabby Road, was a collection of Beatles songs, recorded with his ex-Wings bandmate, drummer Denny Seiwell.

McCullough is said to have been the only Irishman to have played at Woodstock, and whether true or not, he certainly showed a lot of Irish musicians the way forward during the beat and blues booms of the 1960s. His playing skills, as both a live performer and session man, were all-encompassing; his talent as abundant as it was understated. His contributions enhanced the music without usurping the limelight.

He played the role of sideman to the stars with consummate ability and an easy charm that won lasting admiration from those who worked with him. As McCartney put it, “He was a super-talented musician with a lovely sense of humour.”