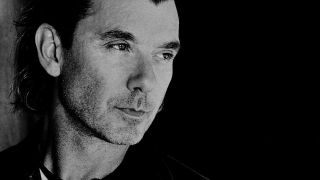 It’s the day that the US travel ban kicks in, and Bush frontman Gavin Rossdale has just got back to his LA home from his native London.

It’s a trip he’s done countless times over the past three decades. A bona fide star, especially in the US, Rossdale’s legacy includes a slew of multi-platinum albums, stints as a judge on TV talent show The Voice, film acting credits, and a tabloid-dream ‘showbiz’ marriage to (and recent divorce from) No Doubt’s Gwen Stefani. Bush’s latest album, The Kingdom, sees the band on heavy, defiant form.

You’ve said that all roads have led Bush to The Kingdom.

Yes. We are the sum of our own parts and histories. The last couple of years we’ve been on the road, and when choosing the set-lists we’ve erred towards the heavier stuff. The last record [2017’s Black And White Rainbows] had a nod to me being on The Voice. It was a bit more mainstream and didn’t really work. It confused everyone!

I’d got divorced – and either side of any divorce is a terrible time for anyone – so I was making bruised music. But once the dust had settled this defiance came in, this desire to get back to angrier things. In a way this one was a triumphant return to myself.

Angry, but it’s still got the trademark sense of melody.

I’ve never forsaken the top lines. The melody is usually really hard to find over riffs, usually you’re singing over one fucking note! But I always try, that way you get replayability and connection. I like bands like Shellac and System Of A Down, but for me it’s natural to write and sing melodically. I do try to be learned about music more. I take guitar lessons…

I’ve got an amazing guitar teacher called Jean-Marc Belkadi. He teaches everyone here in LA, from the top session players to kids. We jam and play and I learn stuff. Music is strangely infinite – there are so few notes and yet so many formulations and possibilities. It still blows my mind.

The song Bullet Holes featured in John Wick: Chapter III – Parabellum. Was it written specifically for the film?

No. I wrote that after a terrible break-up, and that was the best phrase I could think of for what I was feeling. When [John Wick director] Chad [Stahelski] heard it he was blown away. He was the stunt co-ordinator on the movie Constantine, and arranged all my fights with Keanu [Reeves]. That was great fun. And John Wick was so good for us. We were at the premiere, I knew everyone, and felt totally back in the game. When the universe is working right it can make everyone look really smart, but it just kind of happened.

Your voice is still very identifiable, it hasn’t changed much.

It’s funny, when I was first trying to catch a break in the business my voice was always blamed for us not getting the deal. It was always seen as the weak link. Most people would wither in the face of the criticism I got, but I found my niche, tried to get the most out of what I have, and cut my cloth accordingly.

The US was always more welcoming to Bush than the UK was. Has that changed?

It changed as soon as everyone stopped selling records, then our reviews improved dramatically. Removing the pressure of selling fifty thousand records a week and joining the ranks of everyone shifting that for a whole record cycle. Or maybe we just got better.

Why do you think the British press were sniffy towards you back in the day?

I think because we hadn’t been anointed by the likes of the NME. But even here in the US, I met a journalist recently who took me aside at a dinner and apologised for giving me a bad review. He’d later sat with Steve Albini, who’d told him not to underestimate the band. He said his editor had asked him to write a scathing review.

Sometimes your success is an impediment to people taking you under their wing, because you didn’t need their approval to succeed. But that all feels like a lifetime away now. I have an incredible life and an incredible audience. It’d be bitter of me to hang on to all that.

The tabloids have had their sport with you over the years. Do you still get bother from the paparazzi?

I consider myself a working musician in a great band. But I suppose there is a degree of celebrity to me, and I try to be humble about it. The paparazzi are more interested in the new blood these days, but I still get them following me. If I have a coffee with a girl I’m marrying her. I’ve learned to take it in my stride, to not take that stuff, or myself, too seriously.

We have that lovely thing of being generational now – nephews and nieces, sons and daughters come along. It’s jarring at first to hear: “I love your band, my mum played you all the time!” Shit! [laughs]. I mean, look at the Stones, they’ve outlived their entire first audience, more or less! An unbelievable band, such survivors.

What music do you listen to?

It’s rare a few days go by without me playing Led Zeppelin. I love Neil Young, Bob Dylan, Patti Smith, and I’m a huge Pink Floyd fan. Classic Rock features so many timeless, quality bands with long careers and great legacies, and I’d like to think we’re at that point, that time has shown we have our place. I hope it’s safe for classic rock fans to like our music now.

The Kingdom is out now.