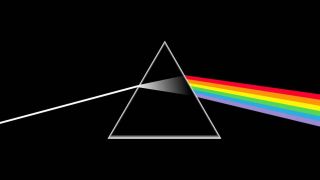 If ever an album was designed to be heard as one continuous musical whole, then Pink Floyd’s magnum opus The Dark Side Of The Moon is surely it. The concept is deliberately constructed to flow from start to finish through the linking techniques of painstakingly constructed sound effects, disconnected voices and musical interludes. And it feels like the main purpose of this 1973 release is to create its own homogenous, interconnected universe first between your ears, then in your brain. But if we want to pass judgment on what is the finest and what is the feeblest on this 45 million-selling monster – and we do – then we’re just going to have to grit our teeth, risk incurring the wrath of Messrs Waters and Gilmour, and simply get on with it…

Starting with a heartbeat is a pretty good way to get a listener onside, and the strange voices and weirdy keyboard sounds piques the curiosity nicely. But, of course, this is only a preamble ahead of the main event…

The sound of the keyboards on this instrumental can’t help but make it a period piece. But whereas ’80 music sounds horribly dated, ‘70s music often feels perfectly dated, a gorgeous time capsule of an era when music was unselfconsciously experimental, yet packed with melody. Unless you happened to be ELP, of course. Probably a little bit self-indulgent, this one. But even so…

Segueing in from previous track Brain Damage to close out the album, Eclipse does feel like a coda, a musical and vocal summing up of everything we’ve heard on the album. There’s something valedictory going on here, almost as if the band wanted to let us know they knew they were onto something big here. They really weren’t wrong.

In complete contrast to preceding track, Breathe, this is Floyd getting sonically way out there. An instrumental that builds on a sequenced synth pattern, it’s allegedly a musical interpretation of keyboardist Richard Wright’s acknowledged fear of flying. It certainly has to ability to give you the sweats, and is probably best left alone if you’re in an advanced state of paranoia.

At least in part inspired by former member Syd Barrett’s mental health issues, Floyd reach back to their former cohort’s vocal stylings for this song’s effect. The line “The lunatic is in my head” and the accompanying cackling is somewhat unnerving. But again, the band look to add at least some sonic comfort via Wright’s lush organ swells. Another song that demands multiple listens.

5. The Great Gig In The Sky

A sensitive contemplation of death that ends up in a place you’d never expect given the pretty keyboards that Richard Wright brings to the tune’s first minute. However, when Clare Torry suddenly decides to make her own voice sound like an instrument and unleashes those famous sounds from somewhere uncharted and deep within her soul, well, we’re now listening to something entirely different. Death can perhaps be seen as both comforting and unnerving. This track captures both emotions perfectly.

Clearly a song often heard by Radiohead, it does that deceptive thing of starting off sounding like nothing much at all. But as it starts to take shape, it suddenly starts to show off its vast range of colours. Sax solos, lovely lingering piano fills, big choruses, crazy little talking additions. It actually feels quite seductive, which isn’t a word you’d normally associate with Floyd.

A song so globe-straddlingly famous now that it’s almost impossible to critique with anything approaching objectivity. But we’ll give it a go. Roger Waters’ walking bass takes the Floyd as close to funky as these distinctly white boys were ever likely to get. Wright’s electric piano stabs have a faint whiff of Booker T about them, and the sax solo is decidedly get-down groovy. Yet Floyd take traditional patterns and weave something new out of them. The band fall back towards familiar territory once Dave Gilmour starts to wig out and then we’re suddenly back where we started, lick-wise. Of course it’s a classic

A beautiful, seductive and languid intro lures the listener into an almost dreamlike state. It seems to almost – if not beg us, then at least cajole us – to take the time truly to live life. On an album that wears its technological modernity on its sleeve, this is a weirdly straightforward tune to cough up as early as track two. But it’s loveliness defeats any doubts.

Famously starting with all kinds if chiming timepieces, Waters explained that the lyric was prompted by a sudden realisation in his late 20s that he was now in the thick of life rather than preparing for it. It takes over two minutes of nonetheless worthwhile, drum-oriented intro for the recognisable vocal melody to kick in. But it’s well worth the wait. A perfect example of how Floyd can bring two entirely different moods to a song and somehow make it work. Lovely guitar solo from Gilmour too.

Pink Floyd Quiz: The Dark Side of the Moon