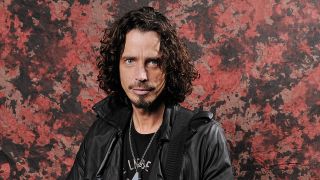 When on April 10, 1997, Soundgarden formally announced they were disbanding, it marked the end of one of the most unlikely success stories of a decade full of them.

As with most things in Chris Cornell’s life, the end of Soundgarden was low-key and understated. There were rumours of internal tensions and dissatisfaction with their touring schedule, but as far as these things go, it ended with a sigh rather than an explosion. “We weren’t a band who ended up strangling each other or fighting with lawyers,” Cornell said later.

Free from the confines of Soundgarden, the singer was free to embark on a new chapter – one that would see him scale all the highs and plunge to all the lows life has to offer. If Act I of Chris Cornell’s life was a steady rise to the top, then in retrospect, Act II was one long battle to keep the darkness at bay – a battle he would ultimately lose.

An eye-catching focal point for any band (it was no mistake that, back in ’87, the Sub Pop label placed him front and centre and half-naked on the cover of Soundgarden’s Screaming Life EP), it was his often anguished yowls that helped place Seattle on the musical map.

Writing songs that fell somewhere between Led Zeppelin, Black Sabbath and Fugazi, Cornell, with his unlaced Doc Marten’s boots and a mane of hair, swung between ardent artist and goof, and was alternately both a knotty interviewee and the funniest man on the bus. It was no surprise that Soundgarden preached about the perils of global warming and then covered Spinal Tap in the same shows on their Louder Than Love tour.

Cornell managed to transcend the fact that he was once the singer in the best band to come out of Seattle by revealing his introspective, brokenhearted side with the excellent Temple Of The Dog album – his paean to the late Mother Love Bone singer, Andrew Wood. In songs like Hunger Strike and Times Of Trouble Cornell actually crooned.

He shone briefly and brightly at the apex of Audioslave’s career with their fully realised first and second albums, but had spectacularly fallen out with his bandmates by their third, Revelations. He’d put a marriage behind him by then, too, and had had a stint in rehab to curb his drinking.

Although he soared with the stellar Euphoria Morning, he sometimes faltered in his solo work, and alienated a huge swathe of his audience by daring to push the musical envelope by working with dance producer Timbaland on Scream – which made some of his fans do just that.

After the chastening experience of his Timbaland collaboration, Cornell retreated to the safest ground possible: Soundgarden. In April 2010, the band played a reunion show at Seattle’s Showbox Theater under the anagrammatic name Nudedragons. Inevitably, this exercise in toe-dipping soon turned into a fully fledged comeback, one that took in a headlining slot at the 2010 Lollapalooza festival, an appearance on the soundtrack to the first Avengers film and, eventually, a brand new album, 2012’s relatively well-received King Animal.

Cornell didn’t abandon his solo career this time. In 2011 he released the Songbook album, a career-spanning live acoustic album that acted as a restart after the Scream debacle. He continued in this stripped-back vein on 2015’s Higher Truth, a record that was inspired by Bruce Springsteen’s Nebraska and Pink Moon by Nick Drake, the cult British folk musician who killed himself in 1974 at the age of 26. Even in his late 40s, it seemed the spectre of death was never far from Chris Cornell’s thoughts.

As a vocalist or lyricist he rarely took the conventional route, and suffered fools about as readily as Henry Rollins.

Chris Cornell was 52 when he died on May 17 – neither a youthful Roman candle burnt out too soon like Andrew Wood or Kurt Cobain, nor an elder god whose time had come, like Chuck Berry or Leonard Cohen. But then depression, in whatever form it takes, is no respecter of age.

Acts I and II of Cornell’s life had been by turns groundbreaking, uplifting chaotic, unexpected and ultimately troubled. The great tragedy is that we’ll never get to know what Act III held.

A grieving Cornell formed the short-lived Temple Of The Dog to honour the memory of his former roommate, Mother Love Bone singer Andrew Wood. Spurred on by his friend’s death he wrote Reach Down and Say Hello 2 Heaven in quick succession, both referencing Wood in their lyrics.

The album was a slow-burning hit that didn’t really break until fellow band members Jeff Ament and Stone Gossard went stellar with Pearl Jam a year later. A rueful, contemplative piece, Temple Of The Dog showed another side to Cornell the singer in songs like Call Me A Dog and Times Of Trouble.View Deal

A critical and commercial hit, Superunknown catapulted Soundgarden into the mainstream without them compromising any of their artistic integrity. Their pallet might have had more colours than had been displayed on previous albums like the muscular Louder Than Love, and there were psychedelic echoes in some of the record’s grooves, but in songs like Let Me Drown and Like Suicide Soundgarden’s pile-driver approach endured.

The album was informed by Sylvia Plath’s poetry, and the album’s smash hit Black Hole Sun came with a video that felt like the bleakest of acid trips.View Deal

Their neo-metal album, as Chris Cornell once called it, was as influenced by Black Sabbath and Led Zeppelin as much as by Killing Joke and Bauhaus. It was the band’s first album to worry the US Billboard chart, and also their last with bassist Hiro Yamamoto; he and the others were barely talking even when they were recording.

Unorthodox time signatures were married to detuned guitars, while Cornell screamed through topics including destruction of the environment (Hands All Over), parodying LA bands (Big Dumb Sex) and sleeping with a friend’s mother (Full On Kevin’s Mom).View Deal

Cornell’s first solo album (and his best) was made with help from two members of the band Eleven, with whom he spent much of his post-Soundgarden time doing not much more than watching their favourite films.

Euphoria Morning was almost a happy accident that grew from the time spent reviewing each other’s movie picks. Flutter Girl was a demo from Superunknown, Wave Goodbye is Cornell’s nod to Jeff Buckley. Can’t Change Me aside it’s a dreamy record, full of allusion and defeat, the beautifully rendered Pillow Of Your Bones and When I’m Down aching with toil.View Deal

So obvious an equation that it’s a wonder no one thought of it before: the former Soundgarden singer twinned with the equally disgruntled members of Rage Against The Machine. Rick Rubin put them together, and with spectacular results.

Audioslave got flak from the critics, but American record buyers took them to their hearts with zeal. According to guitarist Tom Morello, Cornell “sang the song and I couldn’t believe it. It didn’t just sound good. It didn’t sound great. It sounded transcendent.”

They wrote 21 songs in less then 20 days, and even the rubbish album cover couldn’t slow its rise.View Deal

The Grammy-nominated third album from Soundgarden was
a more collaborative affair than their previous record, not least because of new bass player Ben Shepherd.

The results were more cohesive and almost upbeat. Songs were tighter, arrangements a little more taut. Guitarist Kim Thayil said the bassist had made the album both faster and weirder. They even got ‘alternative’ radio play with the singles Outshined and Rusty Cage while Jesus Christ Pose was as controversial as it was acclaimed. Soundgarden crowned the album’s success by hopping on to GN’R’s Use Your Illusion tour.View Deal

This, the band’s debut album, came after they had released two EPs for Seattle’s infamous Sub Pop label: Screaming Life in ’87 and Fopp the following year. Though Cornell would later complain that leaving Seattle and working with a producer that the band didn’t see eye-to-eye with would mar the recording process and ultimately the album itself, there’s still much to enjoy about Ultramega OK.

Equal parts psychedelic, classic and punk rock, Soundgarden’s first album ticks some familiar boxes – Sabbath, The Stooges, Zeppelin – but their subversive approach ensured the whole was much more than just a composite of their favourite bands.View Deal

Audioslave’s second album, which entered the US chart at No.1, showcased a band slowly evolving towards their own sound. While their debut had garnered them plenty of plaudits, this one charmed critics even more with its refusal to follow the template that dominated their first album: Rage Against The Machine fronted by Chris Cornell.

The Out Of Exile album won them a Grammy nomination, and on tracks like Doesn’t Remind Me, Your Time Has Come and the title track Cornell showed a more reflective side to his usually abstract lyrics, while the band found themselves another musical voice.View Deal

The last hurrah of Soundgarden's first act, the self-produced ...Upside sounded a (temporary, it turns out) death knell for Soundgarden.

It was a far less heavy-sounding Soundgarden record, notably more experimental than the albums that had gone before. Cornell was writing more with Shepherd, much, allegedly, to guitarist Kim Thayil’s chagrin. The latter’s familiar dense riffs were notable by their absence, and only one of his songs ended up making the final cut.

Notable highlights included the punchy Ty Cobb and the creeping, foreboding Pretty Noose. Unfortunately it wasn’t enough, though, and Soundgarden broke up less than a year later.View Deal

King Animal was Soundgarden’s first studio record since 1996, and it marked the band's return as titans of their era.

What it wasn't able to do, though, was recreate the time in which their defining music was made – nor that heady rush of the new. Detached from it by the passing years, their publicly expressed trepidation at somehow reducing their importance and impact wasn't just paranoia or vanity. It forced Soundgarden to examine exactly who they were, and what it was they wanted to say.

The result was an intriguing, challenging, sometimes compelling album – worthy, but equally not one that will stand as their masterpiece. They flirted with brainless stoner rock on A Thousand Days, there was the jet-black acoustic balladry on the first half of Black Saturday, and again on Halfway There.

But their trump card was always Chris Cornell’s extraordinary voice, which still switched from urgency to desolation within a few bars. It wasn't the sound of the cocksure band of Big Dumb Sex or even Jesus Christ Pose, but they stuck to what they knew would work – and it did.View Deal