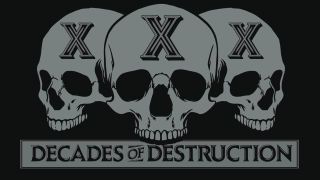 This month, Metal Hammer is celebrating its 30th birthday. That’s right, we’ve hit the big three-oh, and are still defending the faith better than anyone else on the planet. To mark this very special occasion, we have created a seriously stacked magazine with 30 new interviews from Iron Maiden, Metallica, Slipknot, Bring Me The Horizon, Gojira and more.

But that’s not all.

To give you a little taste of what your ears are in for, check out some 30-second snippets of each song in the playlist below.

The full tracklist is as follows:

The bands you love celebrate 30 years of Metal Hammer