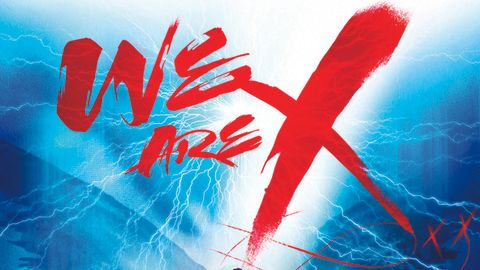 X Japan are probably the biggest metal band you’ve never heard of. Since 1982 they’ve sold 30 million albums, sparked their own genre – visual kei – and reached godlike status in their native Japan, despite remaining relatively unknown elsewhere. But you don’t need to be a superfan to appreciate this fascinating, brilliantly put together documentary. Narrated by band leader and drumming pianist Yoshiki, We Are X tells the story of the band from their early days challenging a conservative Japanese society with manga-styled glam metal, to their reformation and 2014 gig at Madison Square Garden. X Japan have experienced more trauma than most bands will in several lifetimes. The mysterious sacking and death of guitarist Taiji, vocalist Toshi being brainwashed by a violent cult, the band’s subsequent split in 1997 and suicide of enigmatic lead guitarist Hide less than a year later, not to mention Yoshiki’s numerous health battles, which make just getting up on stage a literal battle of life and death, We Are X is an emotional rollercoaster from start to finish. Frequently disturbing and heart-wrenching, this is a compelling and deeply personal portrait of a band who have one hell of a story to tell.