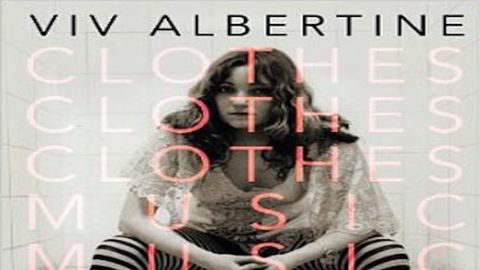 Punk is now the subject of countless books, films and expansive press articles, but usually from those born too late to have experienced first hand the life-changing excitement of that brief stretch in 1976-77 when something so new and dangerous was in the air that you really did have to have been there to position yourself as a credible authority.

Viv Albertine was in the front line, falling in love with Mick Jones as he formed The Clash, hanging at the earliest Pistols gigs, then playing guitar with the Slits, one of punk’s most importantly taboo-shattering bands. She then had to face life’s harsher obstacles, including divorce and cancer, eventually re-emerging triumphantly with last year’s The Vermillion Border album.

Her vibrant tale (illustrated with eye-opening photos) is soaked in enough intimate detail to vividly bring to life the whole punk era, while her self-effacing flair and defiant attitude enliven her own personal roller-coaster. Although coming from a different time, Viv’s story is her generation’s long-awaited answer to Jenny Fabian’s cult autobiography Groupie, which she cites as early inspiration because the author was another intelligent woman who made her own mark on a seismic time.