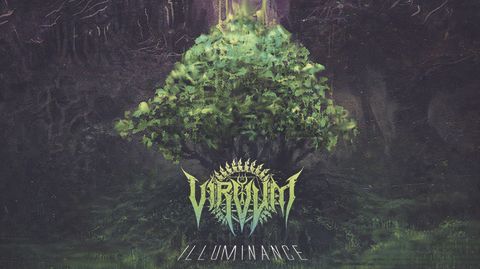 First released independently late in 2016, Illuminance exudes wild ambition and excellence from its opening seconds. No wonder Season Of Mist have snapped up the Swiss quintet’s debut for a well-deserved reissue. Audacious on a technical and compositional level, Virvum’s sound will be familiar enough to students of technical or progressive death metal, but it’s hard to recall any other recent debut being this well-rounded, substantial or brain-spinningly berserk. Even the comparatively succinct onslaught of opener The Cypher Supreme seems to contain about 300 musical ideas, all meshing together perfectly. Meanwhile, the title track’s progressive sprawl is fascinating for every one of its nine bewildering minutes. Beautifully melodic when they feel like it, but startling in their intensity when they don’t, Virvum have made an absorbing, exciting and adventurous album at the first attempt. Bravo.