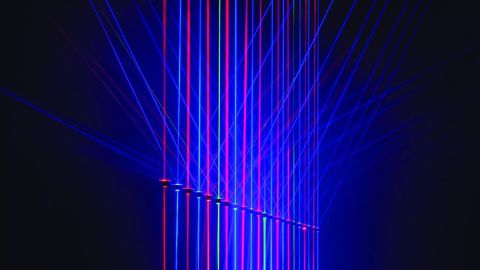 Over their studio releases, Vessels have gradually moved further and further away from the post-rock upon which they built their name. Bringing in techno influences like many other genre bands, they’ve successfully used these as the fulcrum upon which to turn their sound and evolve artistically. Mobilise and Glower carry the momentum on from Dilate, their last studio recording, while other tracks like the sparser Position offer a more significant departure. However, there are other new sonics here too. The noir, almost spoken-word vocal of Flaming Lips collaboration Deflect The Light and the creeping tension of Erase The Tapes, which features John Grant on vocals, are both interesting sonic and timbral distinctions from much of the material elsewhere on the album. A criticism levelled at both post-rock and electronic music on record as opposed to in performance is that it can be samey. Vessels avoided that pitfall in their past life and they swerve it here. Let somebody tell you that Deeper In A Sky isn’t dynamic, especially in the final crescendo, and you’ll know the face of a liar – or somebody who didn’t listen to the record you recommended to them.