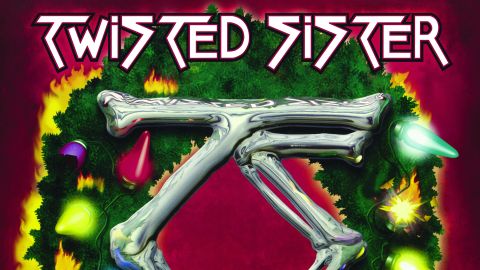 These days Christmas albums have become a tacky, cynical, moneygrubbing fixture in a festive season already overstuffed with commercialised vulgarity. So respect is due to Dee Snider and his hard-rocking elves for going the extra mile with their 2006 festive stocking-filler, which pushed gaudy yuletide cash-ins to new heights of migraine-inducing, cross-dressing, office party naffness. This is the album, in other words, that Twisted Sister were born to make.

A Twisted Christmas treats a range of seasonal classics including White Christmas, Deck The Halls and Let It Snow to the full glam-metal treatment of clobbering drums and squeaky-shiny hard-rock riffola, with Snider’s signature nails-on blackboard screech the icing on the cake. It is relentlessly horrible, of course, but no more so than most Green Day albums and considerably more fun. The melodic parallels between O Come All Ye Faithful and We’re Not Gonna Take It are amusingly highlighted, and there are pleasing in-jokey nods to Judas Priest, AC/DC, Thin Lizzy and others. A decade later, this straight no-frills reissue remains difficult to like but still oddly compelling, like watching a scary cross-dressing clown vomiting half-digested mince pies into the eager upturned faces of carol-singing Dickensian orphans. Just not quite as entertaining as that sounds.