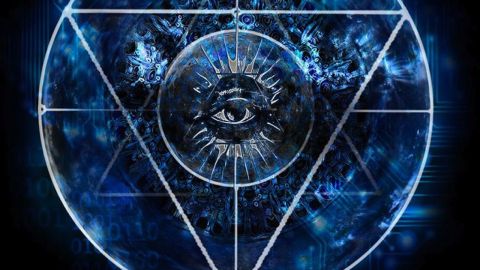 The 90s revival has been going on for aeons but it’s not over yet. We’ve moshed to nu metal, pogoed to grunge, yawned through Britpop and now the six-legged groove machine that is Tribazik have dusted down the finest elements of the techno and industrial crossover – think Pitchshifter, Cubanate and even Fat Of The Land-era Prodigy – on what is only their second album.

Mixed by Killing Joke’s co-founding bassist and remixer extraordinaire Youth, any similarities to Jaz Coleman’s post-punk troupe are arguably intentional, but despite Tribazik’s impressive credentials, they remain an undiscovered gem.

Lurking among these 10 cuts are Too Dead To Care’s thrashing intro of trippy dub fusion and the satisfying grind of Atom, which sounds like it should have been part of Fear Factory’s 90s classic Demanufacture. Then there’s Sonar Sumaria, crammed full of rich gothic atmospheres that showcase Tribazik’s sound.

Heavier and more diverse than their previous material, Data Warfare’s tribal-psych-industrial-rock stays away from the realms of catchy choruses without losing its anthemic quality.