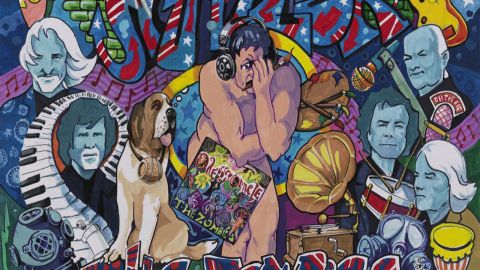 For a band who formed in 1961 (in St Albans, no less), and only had one UK hit – She’s Not There - The Zombies have one hell of a reputation. It largely rests on that 1964 hit, and 1968’s Odessey & Oracle, a classic of post-Sgt Pepper pop (it was recorded in Abbey Road as The Fabs were finishing Pepper).

It’s one of Dave Grohl and Paul Weller’s all-time favourite albums, and it includes the Eminem-sampled Time Of The Season, a US No.3.

Produced by Chris Potter (The Verve’s Urban Hymns) and featuring songwriter Rod Argent and singer Colin Blunstone, this follow-up to 2011’s Breathe Out, Breathe In features artwork courtesy of Terry Quirk, who did the Odessey sleeve.

It’s not quite in that gossamer baroque/psych vein though. Movin’ On is bluesy, Edge Of The Rainbow jazzy. New York is a rose-tinted reflection on The Zombies’ first ever American tour (‘City of a million dreams, you gave one up to me’), while And We Were Young Again is a cool Steely Dan-ish reverie.

They may have a more muscular setting, but there’s no denying the appeal of Argent’s ornate piano and Blunstone’s breathy warble.