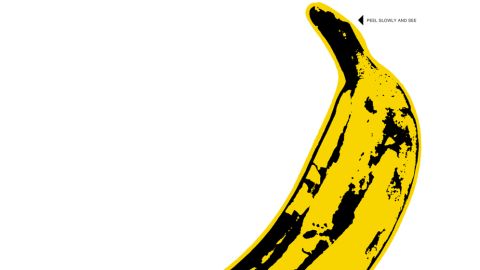 Over the past half century, they’ve sold it to us in ever more expanded editions across a variety of formats, some now as profoundly dead as ‘death to disco’, before ultimately settling on this: 11 tracks on 12 inches of black vinyl with a big old banana on the front. £28.99. Really? Or you could get a limited-edition pink vinyl version. It sold out of its 1,000 copies almost immediately, of course, but luckily there are plenty on eBay making stupid money already. It’s almost incredible how many of these ended up as unwanted birthday presents for cynical money-grabbing bastards.

Anyway, if you need to know what the album’s like, firstly, welcome to our planet; secondly, it’s a work of towering genius, influential every which way and still astonishing in its breadth of emotional impact.

It’s the record that slapped pop out of a simpering rosie-cheeked childhood into delinquent rock adolescence. As 1967’s West Coast offered flowers, jangles and a doobie, the East Coast’s Velvets countered with S&M, feedback and smack.

Lou Reed’s nihilistic punk cynicism sought to choke the hippies’ Nutopian optimism at birth, and this album was its glorious garrotte.