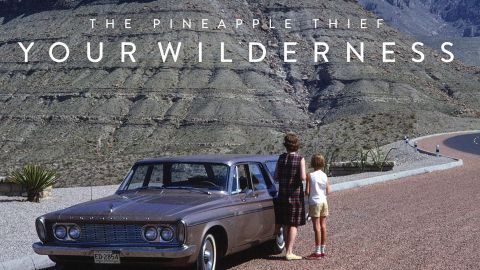 Earlier this year, Bruce Soord took to Twitter to offer a humorous apologia. Linking to a 2014 interview for Prog’s parent mag Classic Rock, Soord tweeted, “Did I say ‘I can’t see myself moving back to prog epics’? #uturn.”

The Pineapple Thief’s return to progressive sounds on Your Wilderness is not so much a U-turn as it is a screeching handbrake turn to escape a creative cul-de-sac. The band’s previous record, Magnolia, was arguably its weakest. Despite Soord’s knack for pleasing, stadium-scale, air-punching riffs that could appeal to fans of Foals and Foos, shorter songs and pro forma rock kinetics lacked his earlier, exploratory scope.

Fans who originally fell in love with TPT circa Variations On A Dream (2003) may feel a second honeymoon coming on when they hear 8 Years Later, the bonus song on the deluxe edition. Forty minutes long, it cycles through more stages than the Tour de France. Soord’s epic encompasses dream-state vocals over ruminative sighs of Fender Rhodes, slow-core guitar solos that unfurl like solar flares arcing into space, and pulse-quickening electronic music overlaid with the bustling sounds of a London Underground train.

A handbrake turn to escape a creative cul-de-sac.

The main album includes another opus – this one a mere 10 minutes – long titled The Final Thing On My Mind. But its virtue isn’t its length but as the biggest change between this record and its predecessor: its spatial dynamics. The album’s front-and-centre guest drummer Gavin Harrison (P-Tree, King Crimson) lays down a slow, heavy, suspended beat that creates a vast space for an infinity echo effect on Soord’s vocals. It offers a rich contrast to the cavalry charge of a string section led by Caravan violinist Geoffrey Richardson.

Many of these songs about the disconnection between a parent and child were written on a baritone acoustic guitar. This undergirds minimalist tracks such as No Man’s Land, Where We Stood, and Fend for Yourself (featuring Supertramp’s John Helliwell). But …Wilderness isn’t a reprise of Soord’s largely acoustic solo album released in January. The amplifier-busting riffage in Tear You Up probably caused a spike in his electric utility bill. On the mid-paced rocker Take Your Shot, bassist Jon Sykes plays a thrumming groove as Soord coos a supremely catchy chorus. And guest guitarist Darran Charles from Godsticks uses Harrison’s cascading drum fills as a springboard for a somersaulting solo on In Exile.