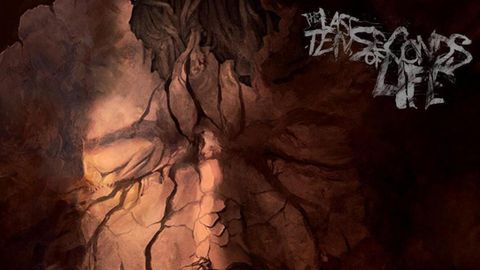 If you were enduring the final moments of your existence then chances are one of the things you’d want the least would be to get bombarded by fuck-off slabs of groove-laden deathcore. But that is exactly what The Last Ten Seconds Of Life are offering on an album that will push at the edges of your sanity if you let it.

This lot have clearly grown up with some nu metal in their diet, and the venomous spit of gloriously named vocalist Storm Strope gives the proceedings an air of early Slipknot, albeit with any melody emphatically stripped. It’s the throbbing riffing of Wyatt McLaughlin that is the fulcrum here, though.

His simplistic and linear style won’t endear him to many Yngwie Malmsteen fans, but from one dick-swinging groove to the next, there’s more character on show than plenty of bands of this ilk muster. When he and Storm click together, as they do on the devastating Numbskull, they are bowel-shakingly good.

A rollicking, brain-out romp that feels like it could end your life, let alone soundtrack the last moments of it.