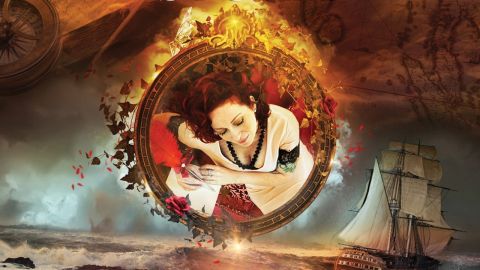 As two of the biggest names on Holland’s rock scene, and having collaborated in 1998 and 2008, it was only a matter of time before Anneke van Giersbergen (Devin Townsend, ex-The Gathering) and Arjen Anthony Lucassen (Ayreon, Star One, Stream Of Passion and more) went the whole hog with a full-blown partnership.

Actually, the phrase ‘full blown’ doesn’t accurately convey the scale of what the duo have tried to achieve with The Gentle Storm. They make an odd couple – the towering, multi-instrumentalist Lucassen with a proclivity for space metal operas and the more demure lead vocalist van Giersbergen – and sure enough, The Diary is a fascinating double-set that exploits the relationship’s duality.

Though radically different in each format, the same conceptually linked 11 songs appear on each chapter, dubbed ‘Gentle’ and ‘The Storm’. The folk-tinged first half might be too flimsy for some Hammer readers, but fuelled by heavy guitars, a choir and lush, symphonic arrangements, the drama builds with act two. The Diary took an entire year to create, and it’s well worth the effort./o:p