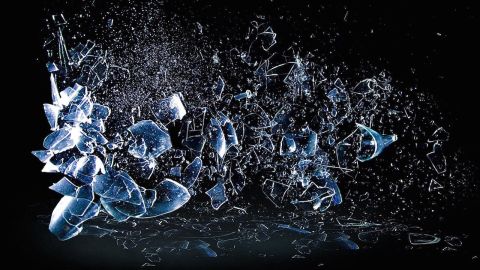 As they approach their 20th anniversary in 2017, The Dillinger Escape Plan, New Jersey’s masters of mind-mincing mathcore, are shunning the usual self-congratulatory nostalgia route by going on an “extended hiatus”. It’s a typically abstruse move from a band who have steadfastly refused to toe the line from day one. And new album Dissociation’s frequently bewildering contents seem a very fitting way to bow out.

The band’s sonic bedrock of scattershot and insanely nimble mutant hardcore remains firmly intact on opener Limerent Death and the rampaging, jazz-sodden Low Feels Blvd, while their knack for jamming strange but irresistible melodies into an ultra-hostile din once again bears fruit on the dense menace of Honey Suckle.

Meanwhile, Fugue is four minutes of disfigured, glitch beats and Residents-like surrealism, and Wanting Not So Much To As To is a nightmarish art-metal joyride. Dillinger remain a proudly unique proposition, and Dissociation is a thrilling, and apparently final, fuck you to the status quo.