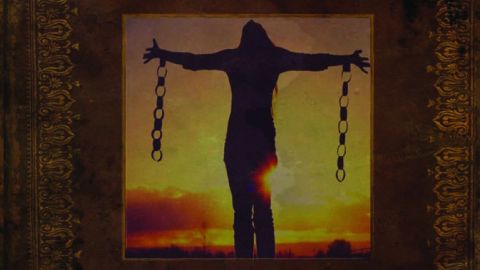 The influences on 80s neo-prog are many and various, and alongside the usual suspects are the interstellar explorations of crusty rock and even shades of punk and New Wave. Breaking The Chains – an opportunity to hear new recordings of rare classics from neo-proggers Tamarisk – is a timely reminder of the influences that shaped those heady days. From the opening cock crow of An Alien Heat, through to the closing keys of It Was Never There, this is a bracing and wonderful listen. Until now, the only chance to hear this outfit – part pronk, part Hawkwind, part VdGG – was on old tapes or a CD taken from them. Breaking The Chains uses a combination of original master recordings – including the drum work of the late Richard Harris (not that one!) – and new versions using a mix of old and new personnel. Hearing these recordings conjures the sweaty thrills of the Marquee or fag-choked pubs. It’s hard not to get the whiff of patchouli and bad beer out of the nostrils. But this band still have something to say: …Chains reveals Tamarisk had the anger of Marillion, the cool of Twelfth Night and more power than many metal bands. A treat from yesterday that still speaks today.