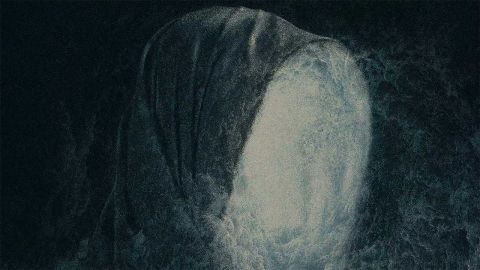 With great risk comes great reward and with their fifth studio outing, Skeletonwitch have gone all in. Formed in 2003, the Ohio metallers have forged a cast-iron reputation for their canny ability to synthesise a vast array of metal genres into a singular, pulverising sound. Scattered across their first four albums, you’ll find torrents of Bay Area thrash, Norwegian black metal, NWOBHM and death metal, all fused into something both cohesive and unique.

2013’s Serpents Unleashed delivered simultaneously their most ferocious and mature distillation yet, ticking off all of the usual genre boxes though skewing most heavily towards blackened thrash. It also marked their final release with vocalist Chance Garnette, whose 2015 departure opened the door for multi-faceted Wolvhammer vocalist Adam Clemans. 2016’s The Apothic Gloom EP hinted at a new sound, and with their latest release, the band unveil their extraordinary new vision with this fully realised, extreme metal masterwork.

While guitarists Scott Hedrick and Nathan Garnette push their scorching black metal riffage further to the front, Devouring Radiant Light offers just as much to love for melodic death metal fans. Opening track Fen Of Shadows slowly unfurls long, mournful harmonics that gather into a canon of frenzied riffage and concrete-splitting blastbeats. From there the album uncorks an exhilarating brew of black and death metal vocals, lacerating fretwork and ultra-tight tempos hurtling at neck-snapping speeds, as heard on Temple Of The Sun and the superb Canarium Eternal.

Polished, arresting and deeply ambitious, this is their most mature outing by a long shot. Each of their previous records have come in progressively shorter, with Serpents… barely crossing the 30-minute mark. At 46 minutes, Devouring… boasts substantially longer tracks, such as The Vault, a sprawling, nine-minute epic that builds to an utterly luminous crescendo. Put simply, there’s not a bad track in the mix and with each successive listen, the album yields seditious new charms. Get involved.