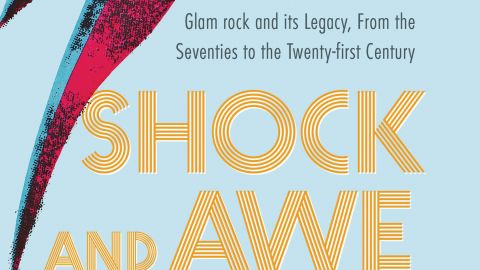 Though perceived as a reaction against the 60s and for those too young to have caught The Beatles, glam – like punk – wasn’t entirely a year zero concept contrived on a blank slate. Its prime movers had roots within the fertile English underground of freak beat, psychedelia and folk, from which prog rock also grew. It was indeed a fine line between Roxy Music and Jethro Tull. Simon Reynolds delves deep into Marc Bolan’s Tolkien-inspired musical past and explores Bowie’s fickleness as he passed through Anthony Newley-esque pop, mime and bands called things like Turquoise and Feathers – a restlessness observed today as his strength but in 1970 regarded as a weakness.

The second-tier bands are of real interest: the gutsy Mott, the roaring power of Slade, the emphatic stomp of (gulp) Gary Glitter and the hugely underrated The Sweet, who between 1972‑1975 produced some of the best singles ever released, and whose multitracked vocals and ambitious arrangements could out‑Queen Freddie and co. Reynolds is one of our very best writers and Shock & Awe… is a crucial read.